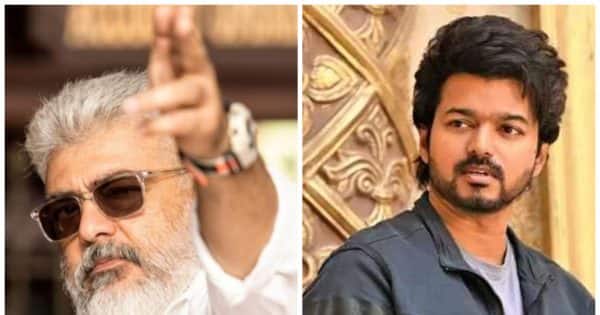 Thunivu Box Office Collection Day 2: This week’s box office clash between two of Tamil Nadu’s biggest stars has turned out to be heavy for Thalapathy Vijay. In this tough competition, Ajith Kumar’s film Thunivu has gone ahead.

Thunivu Box Office Collection Day 2: This week’s box office clash between two of Tamil Nadu’s biggest stars has turned out to be heavy for Thalapathy Vijay. In this tough competition, Ajith Kumar’s film Thunivu has gone ahead. The latest report of the film business of Kollywood star Ajith Kumar’s film Thunivu is claiming something similar. Ajith Kumar starrer filmmaker Boney Kapoor’s film Thunivu collected a whopping Rs 24.59 crore from Tamil cinemas on its first day. So on the other hand, there has been a decline in the earnings of this film on the second day. On the second day, the film collected a total of Rs 14.32 crore from Tamil theatres. In such a situation, there has also been a decrease in the speed of Thunivu’s earnings. Despite this, the film has earned Rs 38.91 crore in Tamil Nadu alone in just 2 days. Also Read – South Gossips Today: Arjun Kapoor became a fan of Ajith Kumar, Ponniyin star Aishwarya Lakshmi fell in love !!

Interestingly, in 2 days Ajit Kumar a film by thunivu Where it has earned around 40 crores from Tamil Nadu box office. On the other hand, Thalapathy Vijay’s film Varisu has suffered due to this mega clash. This film has been able to add only about 30 crores to its account in two days. Along with this, a separate war has also started in the fan club of both the stars. Also Read – These 7 South film stars do not promote their own films, blindly trusting stardom

Ajit Kumar’s pairing with Boney Kapoor is a hit

Along with this, the alliance of filmmaker Boney Kapoor and Ajith Kumar is being described as a superhit in Tamil cinema. Even before Thunivu, Ajith Kumar along with Boney Kapoor reached the theater with the film Valimai. This film was also a super-duper hit. The special thing is that the director of both the films is H Vinod. Who have given blockbuster movies with each other. Along with this, it is now being speculated that these three may tie-up for their third film together.