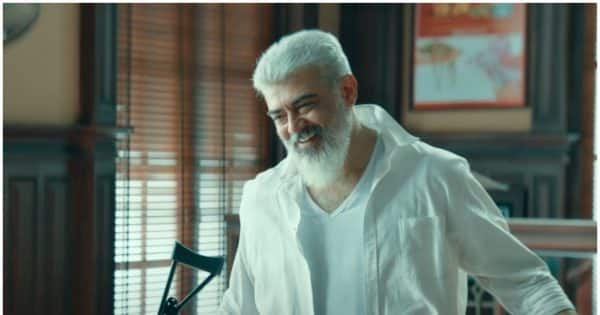 Thunivu Box Office Day 3 Collection: Tamil film star Ajith Kumar’s film Thunivu is enjoying a bang at the box office. The film has touched the figure of Rs 100 crore on the third day itself. See here the latest figures of the film’s business.

Thunivu Box Office Day 3 Collection: Kollywood star Ajith Kumar starrer director H Vinod and producer Boney Kapoor’s film Thunivu is rocking the box office. Tamil superstar Ajith Kumar’s film has been released only for 3 days. In these 3 days itself, the film has hit an entry in 100 crore club while earning a bang. Yes, the latest reports of the business of this film that have come out are quite spectacular. In which it has been claimed that Tamil superstar Ajith Kumar’s film Thunivu has added Rs 100 crores to its account while earning handsomely at the worldwide level. Also Read – Thunivu Box Office Collection Day 2: Ajith Kumar’s swag sweeps Thalapathy Vijay to the dust, game over at the box office

Film thunivu Giving the latest information about the film’s business, well-known trade expert Manobala Vijayabalan tweeted on social media that the film has earned Rs 100 crore worldwide. In such a situation, the filmmakers are very happy with the business reports of the film at this time. These producer Boney Kapoor, director H Vinod and superstar Ajit Kumar This is the second film together. Earlier, the previous film of these three Valimai also proved to be a blockbuster. Also Read – Friday Box Office: Varisu, Thunivu continues to earn big, Veera Simha Reddy collects so much on the first day

#Thunivu ZOOMS past ₹? cr at the WW Box Office.

Not only this, Kollywood superstar Ajith Kumar’s film Thunivu has also earned handsome amount at Tamil Nadu box office. According to trade experts, the film has collected Rs 50 crores at the Tamil Nadu box office alone in just 3 days. According to the latest update, where the film earned Rs 24.59 crore on the first day. At the same time, earned Rs 12.32 crore on the second day. The film collected a total of Rs 12.06 crore on the third day. With this, the film has earned Rs 50.97 crore in 3 days. Also Read – Varisu Vs Thunivu Worldwide Box Office Collection Day 1: Thalapathy Vijay beats Ajith Kumar, see figures