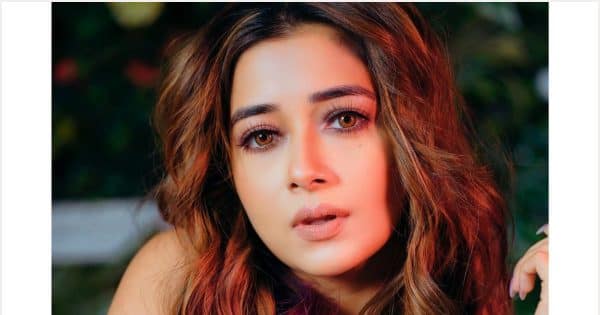 Tina Datta to play lead role in Durga Aur Charu Show: An interesting information has come to hand about TV serial actress Tina Dutta. It is reported that the actress is going to be seen in a big show of Colors TV as soon as Bigg Boss 16 ends. If reports are to be believed, the actress has got Colors TV’s hit TV serial Durga Aur Charu in her hands. Not only this, it has been heard that the actress has also signed this serial. In this TV serial, the actress will be seen in the lead role after the leap. It is not yet known that which character Durga or Charu is going to play in the actress show. Also Read – Pathaan: Why Shahrukh Khan will not promote the movie Pathan in ‘Bigg Boss 16’?

Durga Aur Charu is the sequel to Barrister Babu

Tell that TV serial Durga and Charu Ka is the sequel show of the superhit TV serial Barrister Babu which aired on Colors TV. This TV serial got tremendous response from the audience. After the show became a hit, the makers came up with a sequel to the show. Which was given the name of Durga and Charu. In which the story of the children of the main characters of Barrister Babu is being shown. This TV serial has also been liked by the audience. Now there is news of a leap coming soon in the show. In which the story of Durga and Charu after growing up will be shown. It is reported that only after the leap the actress Tina Dutta The entry will be in this show. Also Read – Bigg Boss 16 Promo: Astrologers will reveal the secrets of the family’s fortunes, Shalin Bhanot will get special advice!!

BREAKING! Tina Dutta to enter ColorsTv show ‘Durga Aur Charu’ after #BiggBoss16, The show is all set for its leap in the month of February and Tina will play the post leap character.

Tina Dutta was seen in Uttaran

Remind that the actress Bigg Boss 16 was earlier seen in Colors TV’s superhit TV serial Uttaran. His TV serial was also a super hit. Actress Tina Dutta became a big star overnight from this TV serial. However, later the career of the actress did not gain much momentum. After this, the actress had disappeared from the TV world for a long time. Now it seems that the career of the actress is about to gain momentum again. So are you excited for this next upcoming serial of the actress. Tell us your opinion by commenting. Also Read – Bigg Boss 16: These contestants have collected crores from the makers before the finale, Sumbul is ahead of Priyanka in earning