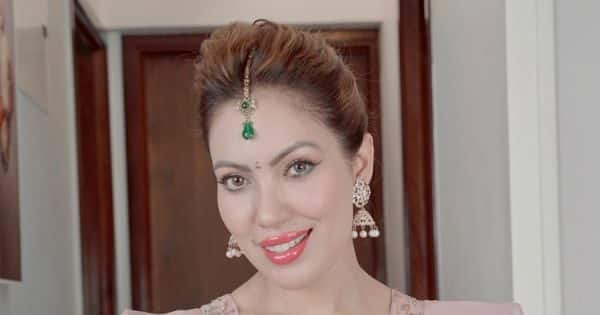 Munmun Dutta (Munmun Datta) wrote on her Instagram story, “I had a small accident in Germany. I have a serious knee injury. Due to this I had to stop my trip midway and now I am coming back home. ” Let us inform that these days the actress had gone to Europe for a holiday. While living there, he also shared his photos and videos on social media. In one of her posts, the actress was seen enjoying hot chocolate while living in Switzerland. Apart from this, he also shared some reels videos. Also Read – Taarak Mehta Ka Ooltah Chashmah: Champak Chacha badly injured during the shooting, doctor advised rest The news of Amit Bhatt’s accident came a few days back.

Tell thattaarak mehta ka ulta chashma‘ (Taarak Mehta Ka Ooltah Chashmah’s Champak uncle i.e. Amit Bhatt) had also received news that he had an accident on the sets. He was told that he had fallen during the shooting and the doctor has advised him bed rest. However, Amit Bhatt termed this news as a complete lie.

Amit Bhatt shared his video and said, “I want to tell that nothing like this has happened. I have got a very minor injury, I am completely fine. Doctors have advised me to rest for 10 to 12 days.” Have been advised rest. I am missing all my co-stars a lot.”