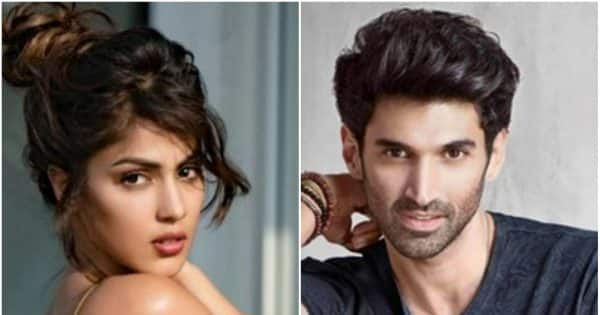 Bollywood actor Aditya Roy Kapur is celebrating his 37th birthday today. On this occasion, along with the fans, celebrities are also congratulating him. Aditya Roy Kapur has given many superhit films in his career. But the actor remains in the headlines for his film career as well as his personal life. Aditya’s name has been associated with many Bollywood beauties. From Katrina to Shraddha Kapoor, Aditya Roy Kapur has had affairs. But Sushant Singh Rajput’s girlfriend Rhea Chakraborty’s name is also included in this actor’s affair list. Also Read – Anupama: Will Anuj and Anupama’s story end? There will be a terrible accident during the trip

Rhea Chakraborty and Aditya Roy Kapur became friends after working together on an MTV show before meeting Sushant Singh Rajput. Riya and Aditya dated each other from 2012 to 2014, ie for two years. However, according to a report published in NDTV Movies, their relationship ended on a very bad note. A source had told, “The two have broken up after some time. But Aditya still loves Rhea very much and is very possessive about her.” Also read: Court relief to Jacqueline Fernandes, bail granted in money laundering case Also Read – Kajol breaks silence on Ajay Devgan’s darling Nyasa Devgan’s transformation, reveals the secret of daughter’s beauty

According to a report published in Pinkvilla, in the year 2014, Riya Chakraborty appeared in the film ‘Sonali Cable’. In this film, the actress was supposed to do a kissing scene, although the actress did not agree to it. But in the meantime Riya and Aditya had a breakup, after which Riya had said yes to the kissing scene. According to reports, Aditya Roy Kapur was shocked by Riya’s move. According to a report in Pinkvilla, Riya gave kissing scenes in the film to take revenge on Aditya. Please tell that Aditya Roy Kapur gave kissing scenes with Shraddha Kapoor in the 2013 film ‘Aashiqui’. Although during that time it was being claimed that Aditya was dating Shraddha. Also Read – These Bollywood stars were arrested in love, never accepted in public! see list