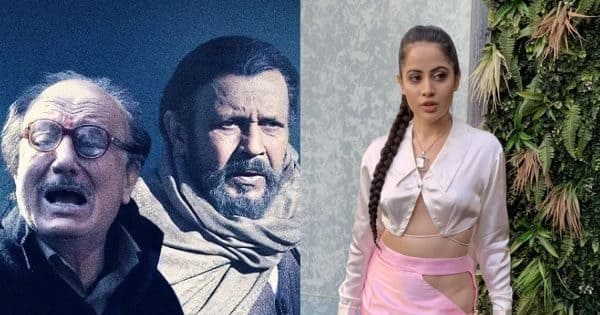 Today Entertainment News: Several news from the entertainment industry has grabbed attention. The film ‘The Kashmir Files’ is now going to premiere at the Switzerland International Film Festival. At the same time, Urfi Javed has once shared a video of his which is attracting the attention of the people.

Today Entertainment News: Many big news, many big news have come out from the entertainment world. Vivek Agnihotri’s film ‘The Kashmir Files’ is now going to premiere at the Switzerland International Film Festival. Urfi Javed has once shared a video of himself which is attracting attention of people. Filmmaker Subhash Kapoor has been acquitted of sexual harassment charges. Here you will get to read 5 such news of today. Also Read – Entertainment News of the Day: Yash breaks silence on KGF 3 scenes, Kiccha Sudeep and Ajay Devgan argue over language

‘The Kashmir Files’ to premiere at this film festival

Bollywood industry director Vivek Agnihotri’s film ‘The Kashmir Files’ is now going to premiere at the Switzerland International Film Festival. Vivek Agnihotri tweeted, “It is a pleasure to inform that ‘The Kashmir Files’ has been selected for the Official Selection category at the prestigious Switzerland International Film Festival.” Let us tell that this film was released in theaters on March 11, 2022. This film earned hugely at the box office. Also Read – Entertainment News of The Day: Akshay apologizes for advertising tobacco, Priyanka-Nick reveals daughter’s name

Happy to inform that #TheKashmirFiles has been selected in the ‘Official Selection’ category of the prestigious Switzerland International Film Festival. pic.twitter.com/dpkBw5LD5k

Urfi Javed has once shared a video of his which is attracting people’s attention. As always, Urfi Javed is seen in a different kind of dress. Social media users have started commenting on this video of him. In this video you can see that Urfi Javed is seen wearing a black dress made of thin straps. Her whole body is not even covered in this dress. Also Read – Entertainment News of The Day: Film to be made on former IPL commissioner Lalit Modi, shooting of Suhana-Khushi-Agastya’s debut film begins

Ranbir Kapoor and Shraddha Kapoor’s film is about to come and its title is to be announced. But before that, the makers have given a glimpse of the title of the film and have asked people to guess its name. The poster shared by the makers has TJMM written on it. On this, Alia Bhatt wrote while guessing on her Instagram story, ‘Tingle Jingle Mingle Mingle?’ 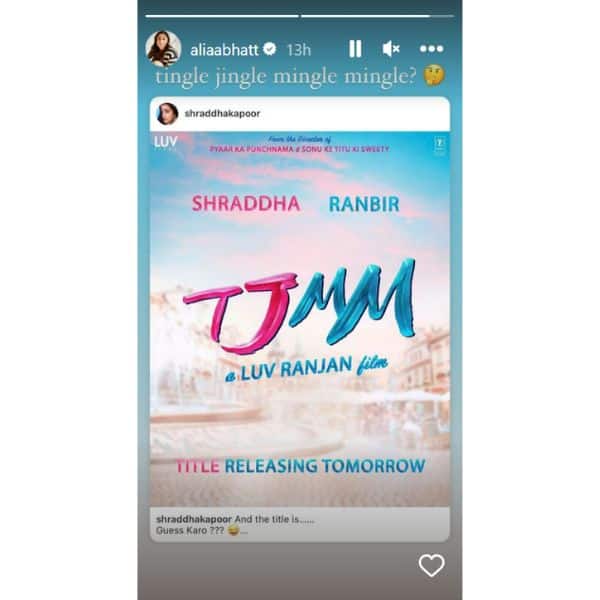 The film director had announced earlier this year that he would be making a comedy film. It is being said about this film that this film will be a superhero comedy film. Now the tentative title of this film has been kept as 5 Minute Superhero. There is also news about Anees Bazmee’s film that Varun Dhawan is going to be seen in the lead as the lead actor in it.