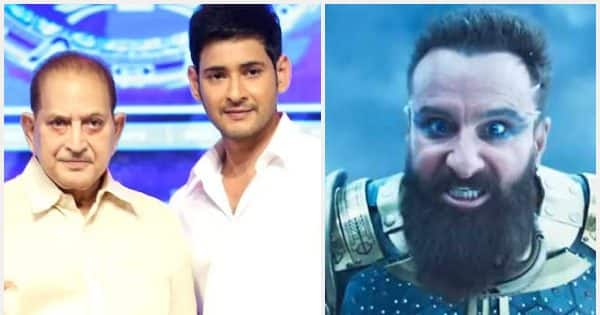 Top 5 South Gossips of the Week: Last week, these 5 news in the South film industry created a lot of uproar on social media. The news of the death of superstar Mahesh Babu’s husband created an uproar. So there, there is news of a normal relationship with actress Samantha Ruth Prabhu’s husband Naga Chaitanya.

Top 5 South Gossips of the Week: In the world of South films, these 5 news dominated the whole day last week. These 5 news from the world of South Cinema created panic in the Internet world for the whole week. Last week, the demise of superstar Krishna, father of Tollywood superstar Mahesh Babu, shook the entire nation. At the same time, there was a discussion about the VFX of Adipurush that Saif Ali Khan’s look would be drastically changed to correct the character of Ravana. So there, there is news of this Hasina’s entry in Mahesh Babu’s SSMB 28. Read here this list of South Cinema. Also Read – Krishna Prayer Meet: Mahesh Babu paid tribute to his father with moist eyes, offered flowers on the picture

The demise of superstar Krishna, father of Tollywood superstar Mahesh Babu, shook the entire world. Superstar Krishna breathed his last at the age of 80. Mahesh Babu lost his brother, mother and father in a single year. The whole country supported Mahesh Babu’s family in this crisis.

Here, it is heard that South actress Samantha Ruth Prabhu’s relationship with film star Naga Chaitanya has normalised. In fact, in Koffee with Karan 7, actress Samantha had told that their relationship had ended on a bad note. And there was a lot of quarrel between them. After this, Naga Chaitanya allegedly met Samantha during her illness. This meeting turned out to be very positive. After which there is speculation that the relationship between the two is getting normal. Also Read – South Gossips Today: Ram Charan’s pool video caught attention, Samantha’s Yashoda earned so much on the sixth day

Saif’s beard to be cut in Adipurush’s VFX

The teaser of Bollywood star Saif Ali Khan and Prabhas’ film Adipurush was heavily criticized by the audience. After which now the makers are going to work again on the VFX of the film. Under which the look of Saif Ali Khan is to be changed in the film. The beard will be removed from his look in the film.

Entry of this beauty in Mahesh Babu’s film

There was a lot of buzz about Tollywood superstar Mahesh Babu’s next film SSMB 28. It is heard that actress Anu Emmanuel is going to enter in this film. Although these reports have not been officially confirmed. Also Read – South stars arrived for the last darshan of Mahesh Babu’s father Krishna, these stars including Prabhas-Allu Arjun paid tribute

Ponniyin Selvan 2 will release on this day

A big information has come to light regarding the release date of Tamil film director Mani Ratnam’s film Ponniyin Selvan 2. It is reported that this film will reach the silver screen by 28 April 2023 next year.