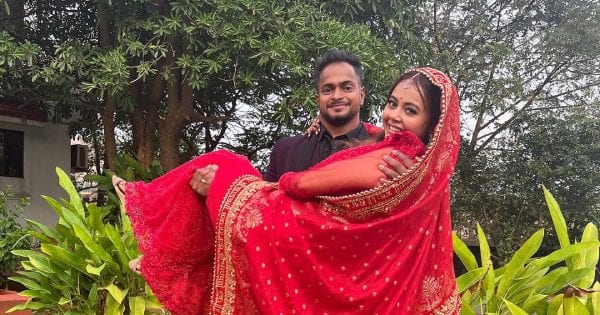 However, now Devoleena Bhattacharjee has given a befitting reply to the trolls. Devoleena wrote in a tweet, “Will my children be Hindu or Muslim? Who are you? And so much when you are worried about the children, there are many orphans in the ashram, go adopt and decide the religion and name accordingly.” My husband, my children, my religion, my rules. Who are you?”

Devoleena (Devoleena Bhattacharjee) further wrote, “Leave that to me and my husband. We will see and the reason for searching Google on other’s religion, focus on your religion and be a good person. I am sure that you are like you.” I don’t need any knowledge.” Apart from this, a troll wrote for Devoleena, “Rest in freeze.” Responding to this troll, Devoleena Bhattacharjee wrote, “Arre koi nahi aapko hi fridge mein na fit kar dene aapki future wife aur son milar. I think yaad toh hoga hi zindgi oldi nahi hai.” People are commenting a lot on this post of Devoleena Bhattacharjee and giving their feedback. Please tell that Devoleena Bhattacharjee was seen in Salman Khan’s famous reality show ‘Bigg Boss 13’ after ‘Saath Nibhana Saathiya’. Devoleena got a lot of popularity from this show. Also Read – Devoleena Bhattacharjee dressed up in Assamese saree, showed royal look after marriage