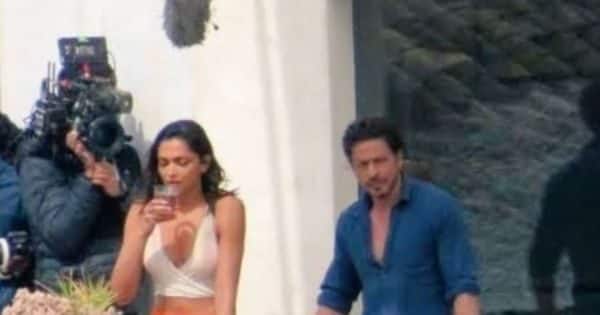 Ahead of Shah Rukh Khan’s birthday, an unseen picture from the sets of his film ‘Pathan’ is going viral. Shahrukh Khan and Deepika Padukone are seen together in this picture.

bollywood superstar Shah Rukh Khan He is going to celebrate his 57th birthday on November 2. It is being told that on the occasion of Shahrukh Khan’s birthday, his film ‘Pathan’ The teaser will be released. Earlier, an unseen picture from the sets of the film ‘Pathan’ is going viral. In this picture with Shahrukh Khan Deepika Padukone are also visible. Fans are very fond of this picture. Significantly, Shah Rukh Khan’s ‘Pathan’ has been in the news ever since it was announced. The updates related to the film keep coming out every day.

Talking about ‘Pathan’, this film, directed by Siddharth Anand, will be released in theaters on January 25, 2023. Apart from Shahrukh Khan and Deepika Padukone, John Abraham will also be seen in this film. Shahrukh Khan’s fans are eagerly waiting for his film. Actually, he is going to be seen in a film for five years.

Talking about the work front, apart from the film ‘Pathan’, Shah Rukh Khan will be seen working in director Atlee Kumar’s film ‘Jawan’ and director Rajukmar Hirani’s film ‘Dunky’. The film ‘Jawaan’ will be released in theaters on June 2023 and the film ‘Dunky’ on December 2023.