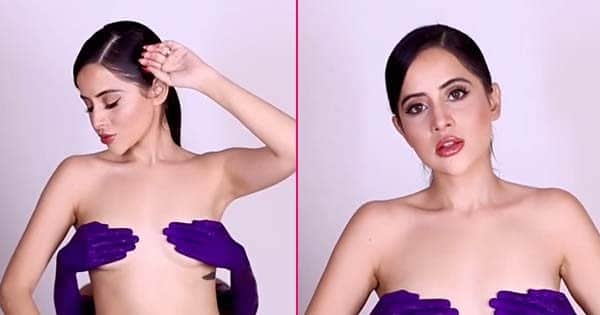 Urfi javed Video: Urfi Javed has once again shared his video. In this video you can see that she is seen topless and her body is covered by someone else’s hands.

TV actress and model Urfi Javed Every day she remains in the discussion about her strange dress. His photos and videos go viral on social media. Urfi Javed may be trolled about her dress but she does not mind this and she keeps on experimenting with the dress. Urfi Javed is once again wearing such a dress which is grabbing the attention of the people. On one hand his fans are praising him, while all the social media users have trolled him fiercely. Let’s see what kind of dress Urfi Javed is wearing.

urfi javed shared a video from his Instagram account on Friday. In this video you can see that she is seen in a new dress as usual. Urfi Javed’s new dress is so unique that people commented fiercely. In the latest video of Urfi Javed, you can see that she has not covered her upper part with a dress but with her hands. These hands are not of Urfi Javed but of someone else and he has given the credit to Shweta Gurmeet Kaur. He has written a comment with this, ‘Helping hand.’ Let us inform that Shweta Gurmeet Kaur has also shared this on the story of her Instagram account. Fans have liked this video of him and along with this people have also trolled him.