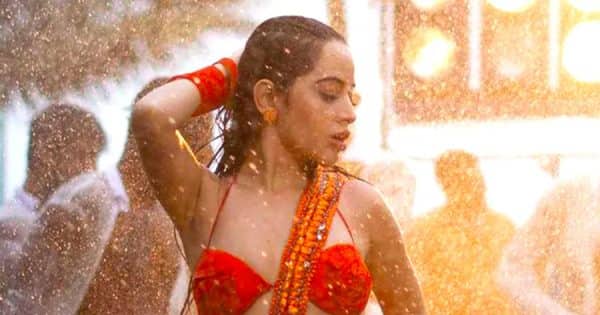 Urfi Javed In Legal Trouble: Actress Urfi Javed has been caught in big trouble recently. Actually, a complaint has been filed against the actress in Delhi police station for wearing revealing outfits.

Complaint Filed Against Urfi Javed: The fashion diva of the industry, Urfi Javed is often in the news for her unusual outfits. Everyone is surprised to see his strange ideas. Urfi blows the senses of the fans with her bold acts, but sometimes she also becomes a victim of trolling on social media for wearing revealing clothes. But now recently Urfi Javed is caught in a new trouble. In fact, the actress is wearing revealing clothes in her new song ‘Hi Hi Yeh compulsion’, due to which a complaint has been filed against the actress in the police station.

An unnamed person at a police station in Delhi urfi javed A complaint has been filed against him for publishing or transmitting sexual act material in electronic form through the song ‘Hi hi ye helplessness’. Let us inform that this song of Urfi Javed was released on October 11. In this song, Urfi was looking very bold in a red color saree. Urfi’s sensuous avatar was well-liked in the song. The song was uploaded on the YouTube channel of Saregamapa Music, which has garnered over 8.6 million views so far.

Talking about the work front of Urfi Javed, the actress has appeared in many TV shows. Urfi has worked in serials like ‘Bade Bhaiya Ki Dulhania’, ‘Chandra Nandini’, ‘Meri Durga’, ‘Bepnaah’, ‘Jiji Maa’ and ‘Daayan’. However, Karan Johar’s show ‘Bigg Boss OTT’ proved to be a milestone in Urfi’s career. Urfi Javed was out of the show in the first week, but despite this, the dressing skills of the actress while in the show impressed people a lot. After this show, it was as if the fate of Urfi changed. Today Urfi Javed has become a big name of the TV industry. Recently, she celebrated her 25th birthday, in which her ex-boyfriend Paras Kalnawat also attended.