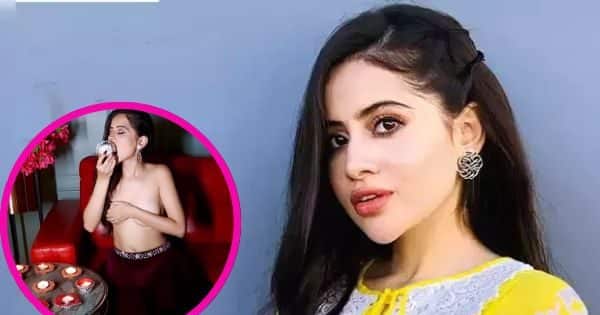 Urfi Javed Troll: Urfi Javed posted a video through Instagram account, in which she was seen topless and wishing Diwali. Social media users lashed out at his video.

Urfi Javed Troll: Famous TV actress Urfi Javed is very active on social media. Due to her dressing sense, Urfi Javed leaves no stone unturned to grab the attention of the people. But recently one of his posts is becoming very viral on social media, on seeing which people’s mercury has climbed to the seventh sky. Actually, urfi javed (Urfi Javed) posted a video through Instagram account, in which she was seen topless and wishing Diwali. Social media users lashed out at this video of him, as well as demanded to ban him on Instagram. This video of Urfi Javed is attracting a lot of attention of the people.


urfi javed (Urfi Javed) was seen enjoying laddoos in top lace in the video. Sharing this video, Urfi Javed wrote, “Wishing you all a very Happy Diwali.” This video of Urfi Javed has been liked more than one lakh times so far, along with the process of comments on the video is also going on. After seeing the reaction of Urfi Javed on the video, it can be said that he has not only offended the people, but has also hurt their sentiments. 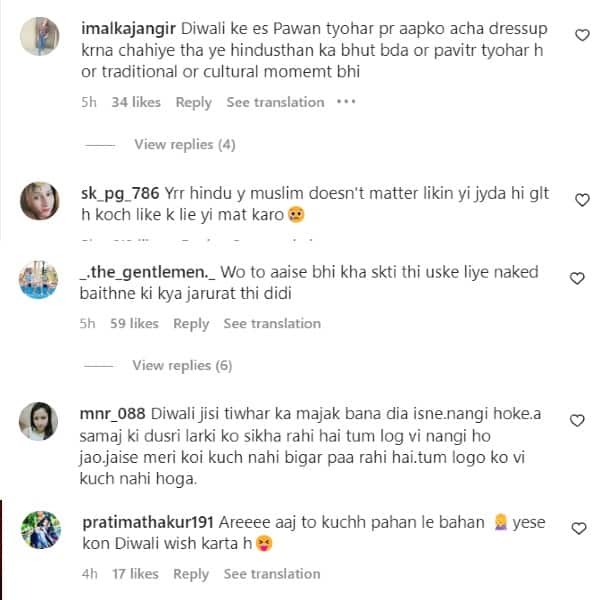 TV News After watching this video of actress Urfi Javed, a user advised her, “You are doing very wrong.” On the other hand, another user lashed out at Urfi and wrote, “This is happening too much now, idiot somewhere.” A user quipped about Urfi Javed’s video and wrote, “I thought a dress would be made of firecrackers on Diwali.” Those who reprimanded Urfi Javed did not stop here. A user named Anushka advised people to report Urfi Javed and wrote, “Start reporting this guys.”