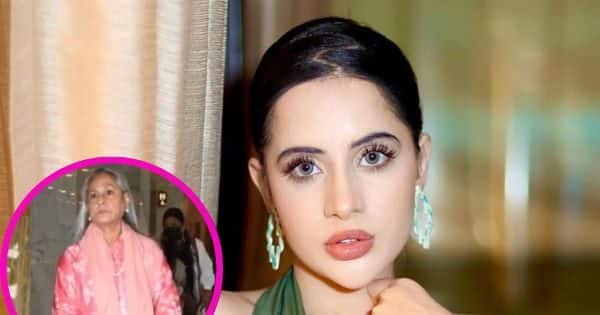 Urfi Javed Angry On Jaya Bachchan: A video of Jaya Bachchan is becoming fiercely viral on social media, in which she was seen talking to paparazzi in a wrong way. Now Urfi Javed has also expressed displeasure about this video of him.

Urfi Javed Slams Jaya Bachchan: A video of Bollywood’s famous actress Jaya Bachchan is becoming fiercely viral on social media, for which she has come under the target of trolls. In the video, Jaya Bachchan was seen getting angry at the paparazzi. Along with this, he scolded the paparazzi and said that I pray that you guys fall. Jaya Bachchan For this, people had expressed their displeasure at him. right now on the matter urfi javed has also reacted. Taking a dig at Jaya Bachchan, he advised people not to be like her at all. This post of Urfi Javed, made about Jaya Bachchan, is getting a lot of headlines.

urfi javed (Urfi Javed) shared the video of Jaya Bachchan on his Instagram story. Expressing displeasure over the actress, he wrote, “Did she really say that I want you guys to fall. Please don’t be like her at all. Pray that everyone rises up. Be it behind the camera or otherwise.” In front of the camera. People will not respect you because you are big and very powerful.” 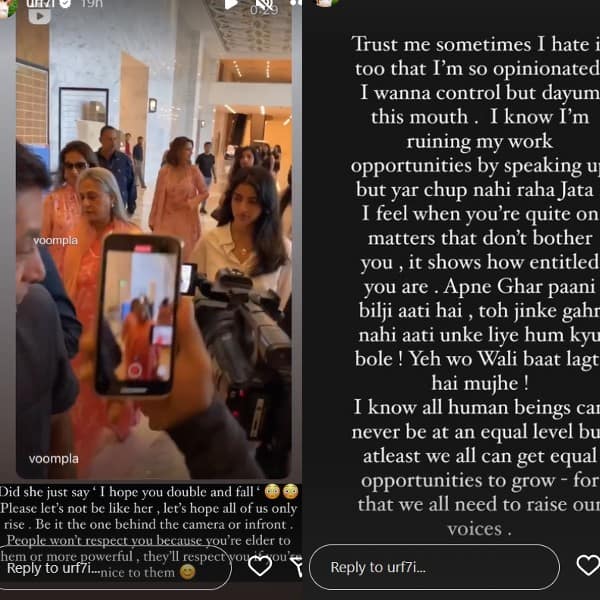 Urfi Javed Jaya Bachchan Reprimanding the video of (Jaya Bachchan), he further wrote, “People will respect you when you are good with them.” Urfi Javed did not stop here. After this she shared another long post, in which she wrote that I know that I spoil my work by speaking, but I am not stopped.

TV News Actress Urfi Javed wrote in an Instagram story, “Believe me, I myself get annoyed when I start speaking too much of my words. I want to control this. I know that I do my job by speaking. I spoil it, but I don’t keep quiet. I know not everyone can be on the same level, but we all can at least get a chance to rise above. That’s why we need to raise our voice. Is.”