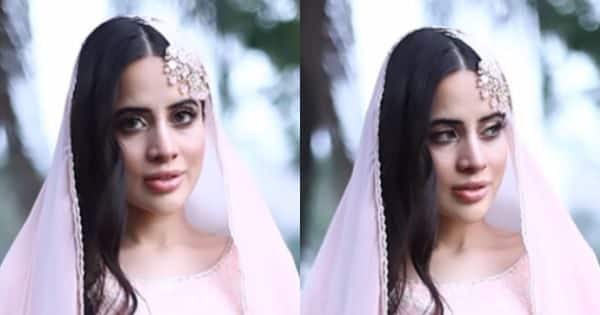 Urfi Javed Video: Urfi Javed has shared a video on his social media account. This video of Urfi Javed is going viral and is catching people’s attention.

Model and TV actress Urfi Javed remains in the news for her social media posts. Users eagerly wait for her post and Urfi Javed again ended their wait by sharing a post. Like always, his post has caught people’s attention this time too and forced them to comment. In Urfi Javed’s latest post, everyone’s eyes were fixed on her clothes and caption. Let us know what Urfi Javed has done in his post.

Urfi Javed Has shared a video on his Instagram account. In this video you can see that she is seen wearing Anarkali shoot and along with it she is also wearing jewellery. Urfi Javed wrote the caption with this video, ‘Because that’s why I love Hala and Haniya very much, if you know.’ Let us tell that in the Pakistani serial ‘Mere Humsafar’, the character of Hala is being played by actress Hania Aamir. read this also: Splitsvilla 14 Promo: Urfi Javed targeted this female contestant as soon as she entered, Sunny Leone got scared after seeing the catfight

After this post of Urfi Javed, social media users once again started trolling him. Urfi Javed has mentioned about Pakistan serial in her post, then people say that she is preparing to go to Pakistan. At the same time, many users also teased Urfi Javed by taking the name of Hindustani Bhau. People said that Hindustani Bhau reformed Urfi Javed. Actually, there was a social media war between Urfi Javed and Hindustani. Talking about Urfi Javed’s work front, she has appeared in many TV serials. She has been a contestant of the first season of ‘Bigg Boss OTT’.