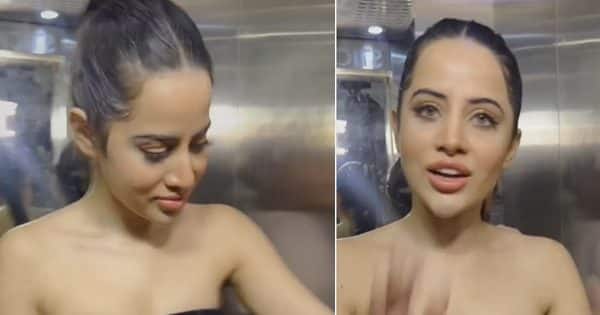 Urfi Javed New Video: Urfi Javed’s new video is going viral on social media. In this video, she is seen inside the lift and is seen having fun with the people.

model and actress Urfi Javed These days she is seen in the reality show ‘Splitsvilla 14’. She is making headlines fiercely during the show. It is not possible for Urfi Javed to remain in the limelight. Wherever they live there, paparazzi’s cameras find them. Urfi Javed has once been spotted at a public place and one of her videos is going viral on social media. In this video you can see that Urfi Javed is seen inside a lift and during this she is seen talking to people. Also Read – Splitsvilla 14: Roadies winner Kashish Thakur wept bitterly for Urfi Javed, breakup happened in 2 weeks?

Celebrity photographer Viral Bhayani has shared a video from his Instagram account. In this video Urfi Javed She is seen in the lift among the people. Urfi Javed’s dress has once again attracted people’s attention. Actually, many keys are seen hanging in her black dress. During this, she talks to people about closing the lift gate. At the same time, people look desperate to capture them on camera. Also Read – Children abused Urfi Javed by calling him, Bigg Boss fame said – ‘The new generation is ruined’

Urfi Javed to be seen in ‘Splitsvilla 14’