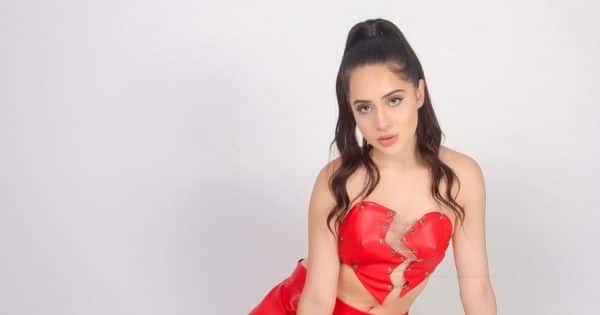 Urfi Javed Tweet on Suicide: Bigg Boss OTT fame Urfi Javed has made a tweet regarding suicide, which is becoming increasingly viral on the internet.

Urfi Javed tweet: tv actress Urfi Javed Very active on social media. The actress often shares bold pictures and videos with her fans, seeing which the fans get injured. Sometime back, a video of Urfi Javed had surfaced, in which she was once again seen crossing all limits of boldness. Please tell that the actress often gets trolled because of her dressing sense. But they don’t care about all these things. Meanwhile, a tweet by Urfi Javed has come to the fore, which has become a topic of discussion among people on the internet. In this tweet, Urfi has written such a thing that everyone is stunned. Also Read – Urfi Javed went topless again, wrapped her long braid and struck a killer pose, trolls said, ‘Witch…’

Urfi Javed has tweeted while updating his Twitter account, Urfi wrote, ‘Life is too short to commit suicide. Keep calm until your death comes to you.’ After this tweet of Urfi Javed surfaced, there was a stir on the internet. Users are reacting fiercely to this tweet of his. Many people are telling this tweet of his right. People say that Urfi has raised the right issue. At the same time, many users are trolling Urfi fiercely for this tweet. In fact, as soon as Urfi Javed shared this tweet, someone shared the tweet of a Hollywood star. While sharing this, the user trolled Urfi fiercely.