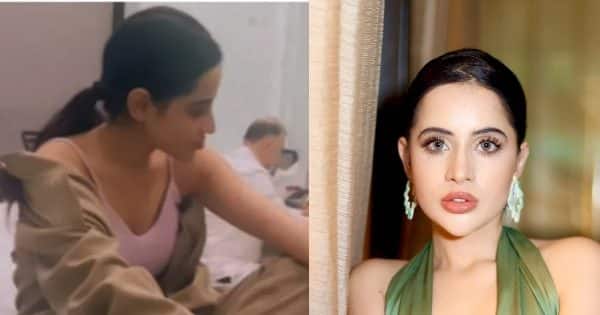 Urfi Javed Suffering From Laryngitis: Urfi Javed is on Dubai vacation, where his health has deteriorated. By sharing a video, Urfi has told the fans that how is his condition now?

Urfi Javed Suffering From Laryngitis: queen of social media Urfi Javed (Urfi Javed) always surprises the fans with her pictures. Urfi has made a place among people with her fashion sense and she never shies away from trying something new in her outfits. These days Urfi Javed is in Dubai and enjoying vacation there. Urfi also shared her topless picture from Dubai, which created a stir on the internet. But now the health of the actress has deteriorated. Urfi Javed gave this information on social media. Urfi has shared a video from the hospital. Also Read – Today TV News 23 December: Ayesha Singh danced with friends in the party, reached Jannat to perform Umrah with family

Actually, Urfi Javed has shared a video on her official Instagram account, in which it is clearly visible that she is on the hospital bed. Her illness is clearly visible from Urfi’s face. His condition is very bad. Dark circles on the eyes are telling about Urfi’s ill health. Please tell that Urfi Javed has a disease called laryngitis. In this disease, there is swelling in the vocal cords. Urfi is also telling about this in the video. But the doctor forbids Urfi to even talk to her from behind, so that her condition does not worsen further.

See the screenshot of the video here Also Read – Urfi Javed made a dress from the cap of a cold drink can, watching the video people said – ‘Wah didi amazing…’ 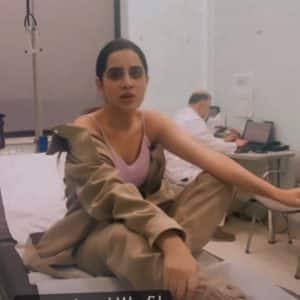 Also Read – Urfi Javed failed twice in his own father’s school, opened the untouched secrets related to life in talks

Urfi got recognition from ‘Bigg Boss’

Please tell that Urfi Javed got popularity from the OTT season of ‘Bigg Boss’. She was seen as a contestant in this show. She could not last long in the show. Urfi was evicted from ‘Bigg Boss’ in the first week itself. But still he had made his place among the family members and the audience. Within a week, Urfi had shown her fashion sense in ‘Bigg Boss’, which was discussed fiercely.