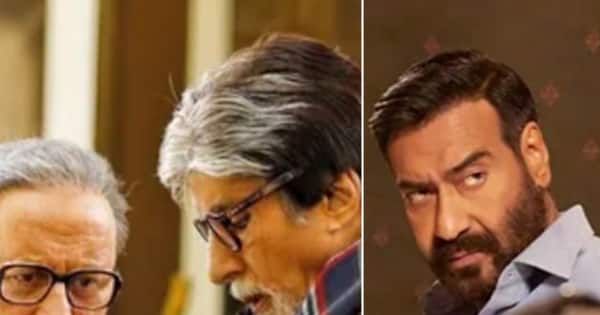 There was no improvement in the earnings of Amitabh’s film even on the 8th day.

Amitabh Bachchan’s filmHeight‘ has completed 8 days since its release. The film blew away at the box office in the first three days. But after that the film’s earnings are continuously falling down. Now new figures have come in front of the earnings of this film. Boman Irani, Anupam Kher and Parineeti Chopra’s film Unchai has collected Rs 1.31 crore on its 8th day at the box office. The film earned 1.56 on the 7th day. Including the day’s earnings on the 8th day, the total collection of the film has gone up to Rs 18.33 crore. Which can be called a good collection. So let’s see these figures of the film’s earnings. Also Read – Uunchai Box Office Collection Day 7: Amitabh Bachchan’s film did not do magic at the box office, earned only this much in 7 days

Because of this the film’s earnings declined

Boman Irani and Amitabh Bachchan’s film ‘Unchai’ is the reason for the decline in earnings, ‘Ajay Devgan’Drishyam 2‘ is being told. After the release of ‘Drishyam 2’, the film’s earnings have been greatly affected. Now it has to be seen whether Amitabh’s film can compete with ‘Drishyam 2’ or not? What is your opinion about this, do tell us by commenting. Also Read – Uunchai Early Estimate Day 7: Amitabh Bachchan’s ‘Unchai’ outshines at the box office, earning only this much on the 7th day