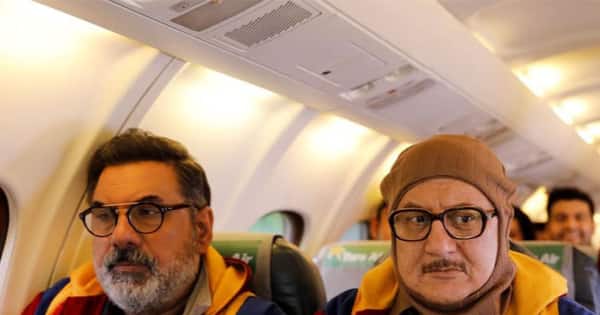 Uunchai Box Office Collection Early Estimate Day 3: This year South’s films are burning at the box office. But some Bollywood movies have been such, which people have liked a lot. These days, the audience is very much liking the film ‘Uunchai’ starring Amitabh Bachchan, Parineeti Chopra, Boman Irani and Anupam Kher. This film is doing well at the box office. The film had collected Rs 1.81 crore on the first day. After this, there has been a huge jump in the earnings of the film. Now new figures of the film’s earnings have come in front of us, which are making the makers very happy.

The film gained momentum on the third day

Amitabh Bachchan And Parineeti Chopra’s film ‘Uchai’ is rocking the box office. The earnings of this film have made the makers very happy. Seeing the first day’s earnings of the film, it seemed that ‘Height‘ Will not be able to earn much at the box office, but the film collected Rs 3.64 crore on the second day, which surprised everyone. Now new figures of the earnings of this film of Boman Irani have come out. According to the report of Bollywood Hungama, this film can earn Rs 5 to 5.5 crores on the third day. According to this, a jump of 23-40% can be seen in the film’s earnings on the third day. After seeing these figures, it seems that people are liking the film a lot. For information, let us tell you that these figures of earnings are approximate.

when was the movie released

Boman Irani and Anupam Kher’s lead role film ‘Uchai’ has been released on the big screen on November 11, 2022. Days have passed since the release of this film. Now it has to be seen how this film earns further at the box office. What do you think about Amitabh Bachchan and Parineeti Chopra’s film ‘Uachai’, do let us know by commenting.