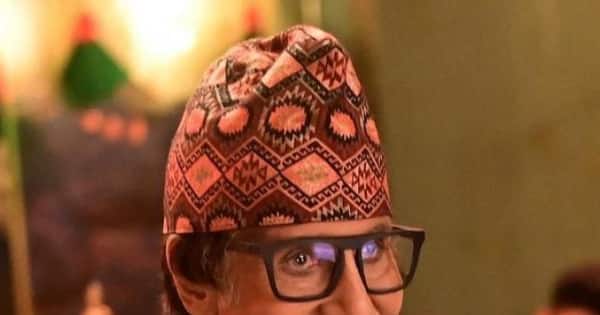 Uunchai Box Office Collection Early Estimate Day 2: These days there is a lot of discussion about the film ‘Uunchai’ starring Amitabh Bachchan, Parineeti Chopra, Boman Irani and Anupam Kher. The story of this film is being highly praised on social media. This film of Amitabh Bachchan has just recently released on the big screen on 11th November. Now two days have passed since the release of this film. The film did decent business on the first day at the box office. After this, the film has created a ruckus at the box office on the second day.

Amitabh Bachchan And Parineeti Chopra The latest figures of the earnings of the film ‘Uchhai’ have come in front of us. According to which the film has earned a lot at the box office on the second day i.e. Saturday. According to the report of Bollywood Hungama, Boman Irani, Amitabh Bachchan and Anupam Kher’s film is going to earn more than Rs 3 crore. Please note that the earnings figures are approximate. But after seeing these figures, the makers seem quite happy. After seeing the earnings of the film so far, it seems that people are liking this film of Anupam Kher and Amitabh Bachchan. Now it has to be seen how much the film earns at the box office.

Earned so much on the first day

Anupam Kher and Boman Irani’s film did decent business on the first day at the box office. The film had collected Rs 1.81 crore on the first day. On the second day, the film’s earnings can see a jump of up to 50 percent. What do you think about Amitabh Bachchan, Anupam Kher and Parineeti Chopra’s film ‘Uchhai’, do let us know by commenting.