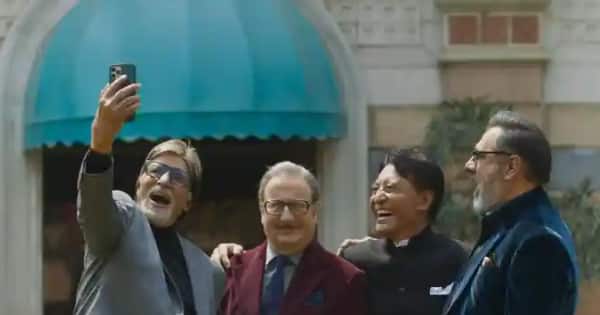 The pace of film’s earnings slowed down

Amitabh Bachchan, Parineeti Chopra, Boman Irani and Anupam Kher The earning of the starrer film ‘Unchai’ has revealed new figures. After seeing which the makers and fans are not very happy. According to the reports of Koimoi, this film of Parineeti Chopra and Boman Irani is going to earn 1 to 1.50 crores on the 7th day. For information, let us tell you that these are estimated figures, the actual figures are yet to come. But in these figures, there is a decline in the film’s earnings. Parineeti Chopra’s film ‘Uchai’ earned Rs 1.81 crore on the first day, collected Rs 3.64 crore on the second day. The film was the highest grosser on the third day. On this day the film did a business of 4.71 crores. Since then, the film’s earnings have only seen a decline. Amitabh Bachchan’s film earned just Rs 1.66 crore at the box office on the sixth day. Also Read – Uunchai Early Estimate Day 4: Amitabh Bachchan’s film could not pass Monday’s litmus test, huge drop in earnings

Amitabh Bachchan could not walk

This film of Amitabh Bachchan belongs to the people. Entertainment Wasn’t particularly successful in doing so. Seeing the earnings of this film, it seems that the magic of Amitabh Bachchan could not work. What is your opinion about the film ‘Height’, do tell us by commenting. Also Read – Uunchai Early Estimate: Amitabh Bachchan-Anupam Kher’s film blew up at the box office on the third day, so much jump in earnings