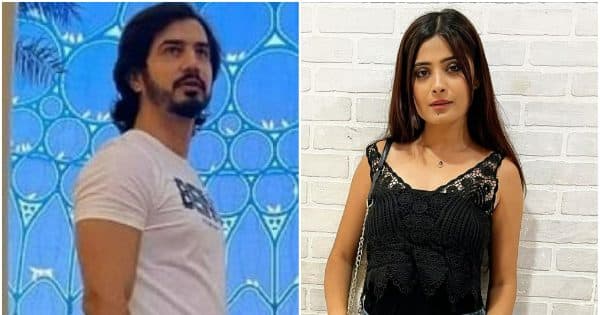 Vaishali Takkar Suicide: In the Vaishali Thakkar suicide case, Madhya Pradesh Home Minister Narottam Mishra told that a lookout notice has been issued against the accused Rahul Navlani and his wife Disha.

Vaishali Takkar Suicide Case: Now a new twist has come to the fore in the actress Vaishali Thakkar suicide case. Lookout notice has been issued against both the absconding accused Rahul Navlani and Disha Navlani, along with a reward of Rs 5000 each has been placed on their heads. Madhya Pradesh Home Minister Narottam Mishra gave this information during an interview. Narottam Mishra has shared a video from his Twitter handle, in which he is telling – “A reward of 5-5 thousand rupees has been placed on both the accused. Lookout notice has also been issued. Information to all airports of the country. It has been given so that he does not go out of the country.”

Actress #VaishaliThakkar Police has announced a reward of Rs 5 thousand each on both the absconding accused in the case.

Lookout circulars have also been issued against both the accused. pic.twitter.com/tTZKn69qmR

Apart from this, Narottam Mishra also told that Vaishali Thakkar Efforts are on to contact K’s fiancé as well. Let us inform that actress Vaishali Thakkar, who was seen in TV’s superhit shows ‘Yeh Rishta Kya Kehlata Hai’ and ‘Sasural Simar Ka’, committed suicide by hanging herself in her house on Saturday night. In the police investigation, a suicide note was recovered from Vaishali’s house, in which Vaishali had written that she was committing suicide because of her ex. Let us tell you that Vaishali’s ex was also her neighbor, who always used to blackmail the actress.

After Vaishali’s suicide, the police had registered a case against his ex Rahul Navlani and his wife Disha under Section 306 of the IPC. However, at present both these accused are absconding. Recently, Indore Police Commissioner had told that Rahul is trying to leave the country with his family. This is the reason why the police has issued a lookout notice against the accused.