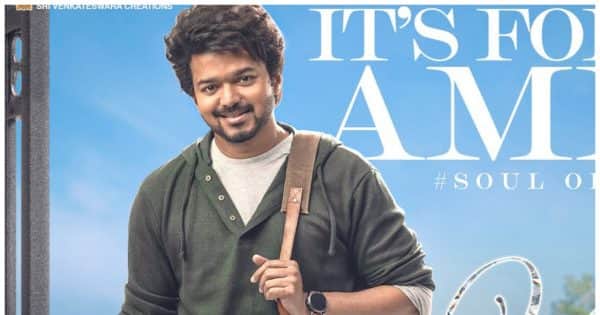 Varisu Hindi Box Office Collection Day 2: Kollywood Superstar Thalapathy Vijay’s film Varisu has made a decent amount at the Hindi box office as well. The film has caught a good pace in Hindi theaters on the second day. See the figures revealed here.

Varisu Hindi Box Office Collection Day 2: Kollywood superstar Thalapathy Vijay and Rashmika Mandanna’s film Varisu released in Hindi cinemas on 13 January. The film was released by the makers on January 11 in Tamil and Telugu languages. In both the states, the film did not get a particularly good response as expected. Despite this, the film was also released in Hindi language after 2 days of its release. Where this film is showing good response. Thalapathy Vijay is not a big name in the Hindi belt. In such a situation, the Hindi released films of his films have not performed particularly well in theaters so far. It seems that for the first time this film of his is being liked by the Hindi audience. The business figures revealed by the film are giving a similar indication. Also Read – Varisu Starcast Fees: South actor Vijay has charged a huge amount for the movie, the remaining fees will also blow your mind

According to a report in Box Office India Entertainment Portal Thalapathy Vijay and Rashmika Mandanna starrer director Vamsi Pedupalli’s film Varisu It earned a total of Rs 80 lakhs on the first day at the Hindi box office. Whereas, the business of the film saw a jump of around 75-80 per cent on the second day. Because of which the film has collected around Rs 1.45 crore from Hindi cinemas on the second day. If reports are to be believed then the special thing is that the film has got good response in Gujarat and Rajasthan. Whereas, the film is doing good business in Maharashtra as well. According to the report, the film has so far earned a total of Rs 2.25 crore in 2 days. Also Read – Varisu Box Office Day 3 Collection: Thalapati Vijay-Rashmika Mandanna’s charm did not work, earned this much in 3 days

Varisu dragged the audience even in front of the dog

The interesting thing is that Arjun Kapoor and Tabu starrer film Dogs have also reached the theaters at this time. This film too has not been able to impress the audience much. Tamil superstar Thalapathy Vijay’s film Varisu is taking advantage of this. The business figures of the film are indicating that the film can earn well on Saturday and Sunday as well.