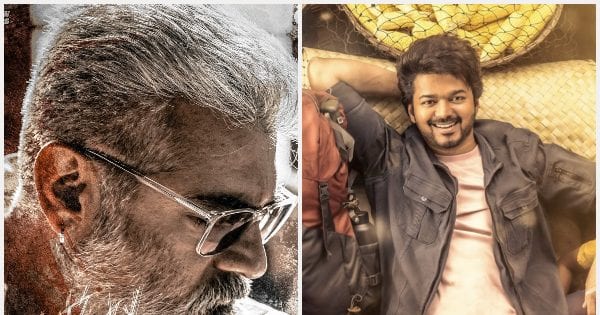 Varisu Vs Thunivu Box Office Clash: Kollywood superstars Ajith Kumar and Thalapathy Vijay are going to have a war in theaters on Pongal of 2023. Both the stars have announced it with a bang. After which the enthusiasm among the fans is at its peak.

Varisu Vs Thunivu Box Office Clash: Kollywood superstar Ajith Kumar’s upcoming film Thunivu has been in discussion for a long time. Producer Boney Kapoor had already announced his next film with the film star after Ajith Kumar’s last blockbuster film Valimai. This film will also be directed by Valimai’s director H Vinod. This is the reason why there is a lot of craze among the fans about Tamil superstar Ajith Kumar’s next film. This too is going to be an action drama film like Valimai. In which Ajith Kumar’s look will look quite different. The release date of this film was not announced yet. But now the makers have also made a mega announcement of the release date of the film. Makers are preparing to bring this film to theaters on the occasion of Pongal 2023. With this mega announcement of the film, there has been a stir in the Tamil film industry itself.

Actually, Ajith Kumar The film of Pongal will be released on the occasion of 2023. The interesting thing is that at this time the superstar Thalapathy Vijay The film of Varisu is also about to reach theatres. The makers have already announced the release date of the film. Because of which there is a lot of buzz among the fans about these two films. There has been a lot of excitement on social media among the fans of both the superstars ever since the announcement of Thunivu’s release on Pongal 2023. In such a situation, it will be interesting to see how the films of these two stars will perform on the occasion of Pongal 2023.

Ajith Kumar and Thalapathy Vijay have clashed on screen before

For those who are not aware, let us tell you that this is not the first time that Ajith Kumar and Thalapathy Vijay’s films are reaching the silver screen together. Even before this, the films of both the stars have clashed on the silver screen many times. Because of which the fans are also eager every time to see the on-screen collision of these two stars. So are you excited for this mega clash. Tell us your opinion by commenting.