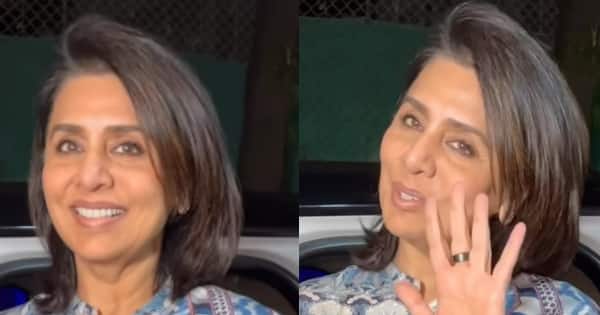 Neetu Kapoor on Alia Bhatt Daughter: Bollywood actress Alia Bhatt has recently become a mother. Since then, people are congratulating Alia and Ranbir a lot. But till now the fans are waiting for the first glimpse of Alia Bhatt and her daughter. Recently, news came that Ranbir Kapoor became emotional after lifting his daughter in his arms for the first time. Apart from Ranbir Kapoor, his mother Neetu Kapoor is also in the news. Many videos of Neetu Kapoor are becoming fiercely viral on social media. Meanwhile, a new video of Neetu Kapoor has surfaced, in which she is seen giving information about Alia Bhatt’s health.

Alia Bhatt And Ranbir Kapoor has recently become a mother and father. Since then, fans are waiting to see Alia, Ranbir and their daughter together. Meanwhile, a video of Alia Bhatt’s mother-in-law Neetu has surfaced, in which she is seen giving information about the health of Alia Bhatt and her daughter. when the paparazzi Neetu Kapoor When asked about the health of Alia Bhatt and her daughter, she said ‘both are fine.’ After this, the paparazzi asked Neetu Kapoor about the name of Alia’s daughter, to which Neetu Kapoor replied, “I haven’t thought of the name yet.” This video of Neetu Kapoor is becoming increasingly viral on social media. So let’s watch this video… (Also read: Namrata Malla made people crazy with her killer looks)

Neetu Kapoor was seen in this film