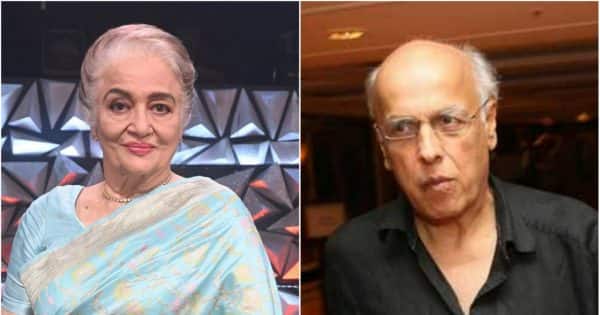 Famous actress of the 70s, Asha Parekh gave many superhit films in her career. The actress was awarded the Padma Shri Award in the year 1992 for her contribution to Hindi cinema, apart from this the actress has also been honored with the Dadasaheb Phalke Award. Asha Parekh, popularly known as Hit Girl, not only earned a name in acting, but she also directed and produced many TV serials. However, after becoming the chairman of the Censor Board, there were many big controversies in Asha Parekh’s life. Also Read – National Film Awards: Ajay Devgan and Suriya received Best Actor Award, Asha Parekh honored with Dadasaheb Phalke Award

The censor board had used scissors on Mahesh Bhatt’s film ‘Zakhm’. Under the chairmanship of Asha Parekh, some scenes of ‘Zakhm’ were blurred and some were cut. Mahesh Bhatt became very angry with Asha Parekh because of this. According to reports, after this incident, Mahesh Bhatt along with Tanuja Chandra stood outside Asha’s office and raised obscene slogans at the actress. Not only this, Mahesh Bhatt also abused the actress a lot. Although later Mahesh and Mukesh Bhatt agreed with the decision of the Censor Board. Also Read – Entertainment News Of The Day: Asha Parekh receives Dadasaheb Phalke Award, 30 year old model commits suicide