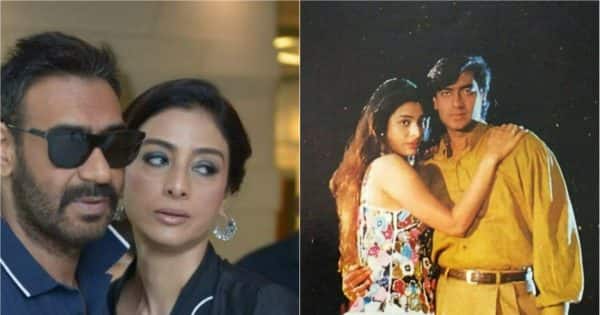 Drishyam 2: During an interview, Tabu revealed that she remained single forever because of Ajay Devgan. Learn here why Tabu said this?

Bollywood actors Ajay Devgn and Tabu are promoting their film these days. Scene 2 (Drishyam 2)’ is in a lot of headlines. ‘Drishyam 2’ has been released on the big screen, which is also being liked by the audience. This is the reason that the makers are expecting a good collection from this film. Ajay Devgan and Tabu have given many superhit films together. From ‘Vijaypath’ in the 90s to the 1995 film ‘Haqeeqat’, the pairing of Ajay and Tabu was well-liked. Both these stars are childhood friends and have been very close to each other since the beginning. Also Read – Ajay Devgan gave a big gesture as soon as Drishyam 2 hit, fans said after watching the video, ‘Bhola..’

Tabu remained a virgin forever because of Ajay

52 years old Tabu Still single today. The actress never married nor entered into any relationship. In an interview given to Mumbai Mirror, Tabu told Ajay Devgan the reason for being single. Tabu had said, “Ajay was a neighbor and good friend of my cousin Sameer Arya. All three of us have been together since childhood. Sameer and Ajay used to spy on me when I was little. Ajay used to threaten to beat up any boy who used to talk to me.” Also Read – Neha Malik wearing a red bikini made fans heartbroken, the actress gave a bold pose in the bathtub

Tabu further said, “At that time Ajay And Sameer was a big goon and it is because of him that I am still single. But I hope that today Ajay and Sameer must be repenting for their actions.” Also Read – Mahesh Babu-Rajamouli’s film will be made on the lines of Indiana Jones, Bahubali director gave a big hint

Tabu gave Ajay the responsibility of finding a boy

entertainment newsEntertainment News) According to reports, Tabu had told during an interview that she had given Ajay Devgan the responsibility of finding a boy for her. She had said, “If there is anyone on whom I can trust, it is only Ajay. He is very protective. When he is on the set, the atmosphere is very relaxed. We support each other unconditionally. love.”