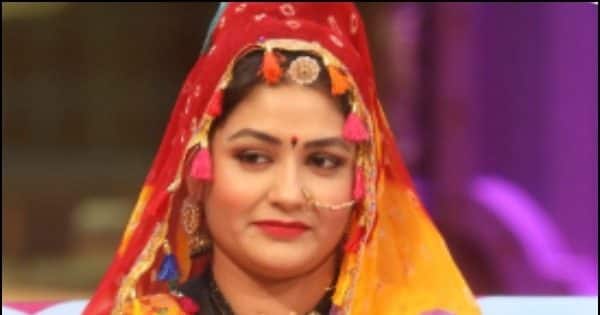 Will Gori Nagori Enter In Bigg Boss 16: Ex-contestant Gori Nagori of Bigg Boss 16 has shared a video on social media. In the comment section of this video, fans are talking about him re-entering Bigg Boss.

Will Gori Nagori Enter In Bigg Boss 16: TV’s controversial show ‘Bigg Boss 16’ is creating a buzz among the audience. Every contestant in the show is trying to get the trophy in his hand. On the other hand, the makers are also making every possible effort to trouble the contestants, for which the makers have brought two wild card contestants in the house. Vikas Manaktala and Sreejita Dey have entered the house as wild card contestants. But now it looks like another member may enter the house and that is Gori Nagori, who got evicted from ‘Bigg Boss 16’ sometime back. We are not saying this. Rather the fans of Gori Nagori are saying so. Also Read – No one can evict Sajid Khan from Bigg Boss 16, this big deal has been made with the makers!

Actually, Gori Nagori has shared a video on Instagram, in which she is seen showing off her moves. In this video, Gori Nagori is showing her killer moves on the romantic song ‘Teri Aadat Hui’. He made this video in his vanity van. With this video, Gori Nagori wrote in the caption, ‘Teri aadat hui.’ Gori Nagori tagged this video to Colors and Bigg Boss. At the same time, on this post of Gori Nagori, the fans are praising him fiercely. Not only this, some fans have asked Gori Nagori to come back in ‘Bigg Boss’. Bigg Boss 16: Sumbul became the captain of the house by defeating these four contestants! Now stars will show Shalin Bhanot during the day? Also Read – Nikki Tamboli got plastic surgery done? People are getting agitated after seeing the new photos

In the comment section of this video, a user wrote, ‘Please come back in Bigg Boss.’ Another fan wrote, ‘Please come back in Bigg Boss 16. By becoming a wild card contestant. However, a fan also wrote, ‘Darr gayi in Bigg Boss. Otherwise she would have given full competition to Archana. Apart from this, fans have also sent fire and heart emojis on the video. Gum Hai Kisi Ke Pyar Mein: Virat will dash Patralekha’s hopes, Sai will sacrifice her life for the sake of her step-daughter! Also Read – Sajid Khan’s troupe broken due to Soundarya Sharma’s bet in Bigg Boss 16? Now a new ruckus will start in the house