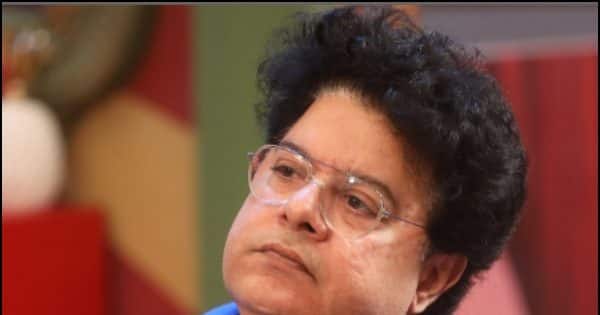 Bigg Boss 16: In ‘Bigg Boss 16’, the sword of nomination is hanging on Sajid Khan this week. Trolls have also become active on Twitter as soon as his name comes in the nomination. Everyone is now planning to get them out.

Bigg Boss 16: Director Sajid Khan is seen as a contestant in the 16th season of TV’s controversial reality show ‘Bigg Boss’. He is not giving much of his input in the game. Even after this, he has completed the journey of nine weeks in the show. But ever since Sajid Khan has entered the ‘Bigg Boss’ house. There is constant talk of removing him from the show. Fans are angry over the inclusion of Meetu accused Sajid Khan in Bigg Boss and that is why people often troll Sajid Khan on Twitter. At the same time, now plans are being made on social media to evict Sajid Khan from the house once again. Also Read – Sajid Khan’s troupe broken due to Soundarya Sharma’s bet in Bigg Boss 16? Now a new ruckus will start in the house

Actually, Sajid Khan’s name has come in the elimination this week, since then his name is trending on Twitter. Those who are not happy to see Sajid Khan in the TV show ‘Bigg Boss’ are overjoyed and everyone is talking about throwing the director out of the show. For this reason, many people have appealed not to vote for Sajid Khan this week. One user wrote, ‘Friends, don’t vote for Sajid Khan this week. There is a request. Another wrote, ‘Shaleen should also go out of the house along with Sajid Khan.’ The third user wrote, ‘I pray from the heart that Sajid Khan becomes homeless from home. Double Dholki. Similarly, another user wrote, ‘Sajid should be out. How much will you save him now? The double dholki got cooked while watching it. Will Gori Nagori be a wild card entry in Bigg Boss 16? Fans’ mind wandered after watching the new video Also Read – In Bigg Boss 16, there will be a big twist in eviction this week too, no one will be evicted from the house? know the reason

Sajid or Shalin should go actually but they can do no elimination again?#BiggBoss16 , #BB16 https://t.co/AOK509X0TS

Along with Sajid, the sword of nomination hangs on him.

Sajid Khan is not the only one who has not come in the nomination this week. Along with them, Shiv Thackeray, Shaleen Bhanot and Tina Dutta are also stuck in the elimination. Now the sword of being homeless is hanging over all these four. However, some people have speculated on Twitter that like last week, no one is going homeless this time too. Bigg Boss 16 Promo: Sumbul Touqueer Khan’s attitude changed after becoming captain, Archana Gautam’s class Also Read – Devoleena Bhattacharjee wore a red saree for seven rounds, not Vishal Singh but made this handsome hunk her husband