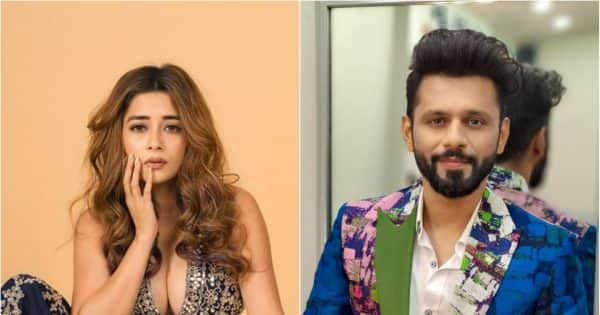 Tina Dutta Eviction In Bigg Boss 16: Tina Dutta has been evicted from Bigg Boss house this week. But now Rahul Vaidya has claimed that Tina will soon return to the show.

Bigg Boss 16: Salman Khan’s famous reality show ‘Bigg Boss 16’‘ This week Tina Dutta became evicted from the house. Tina’s eviction in Shukrawar Ka Vaar left not only the contestants but also the audience shocked. Earlier reports were claiming that Tina would not be evicted from the Bigg Boss house but would be sent to a secret room, but this did not happen. However, now singer Rahul Vaidya, who has appeared in Bigg Boss 14, is claiming that Tina Dutta is soon going to return to the Bigg Boss house once again. Also Read – This contestant of Bigg Boss 16 will become Ekta Kapoor’s new Naagin, makers started talks!

Rahul Vaidya Tina Has made a tweet regarding K’s eviction, in which he has claimed that the ‘Uttaran’ star will soon return to the Bigg Boss house. He wrote, “I am writing that Tina will be brought back. She will make it to the top 6-7. I think she has been eliminated due to some medical condition.” People are commenting a lot on this tweet of Rahul Vaidya and giving their feedback. Commenting on Rahul’s post, a user wrote, “Your intelligence has become corrupted, why are you giving in writing, when you are not sure.” Also Read – Bigg Boss 16: Not only Sajid Khan, these contestants were also part of the controversy, one was accused of assault by the wife

Also I give it in writing that Tina will be brought back! She has to be in top 6-7. I think she has been eliminated because of some medical issue. My guess I could be wrong too

Whereas, another user justified Rahul’s point and wrote, “Tina is more eligible than those 6-7 contestants Sajid, Stan, Sumbul, Nimrit, Soundarya and Abdu in Bigg Boss 16. She definitely beats Archana, Priyanka and Shiv.” Deserves to be in the top 4 with.” Also Read – Will Priyanka Chahar Chowdhary be the winner of Bigg Boss 16? Fans got excited after seeing this picture surfaced

Let us tell you that this week Vikas entered the Bigg Boss house as a wild card. During this, he termed Tina and Shaleen’s relationship as fake, and also made various allegations against the Uttaran actress. Not only this, Vikas even told Shaleen to be Tina’s slave. At the same time, Sreejita Dey also reprimanded Tina Dutta by returning to the Bigg Boss house.