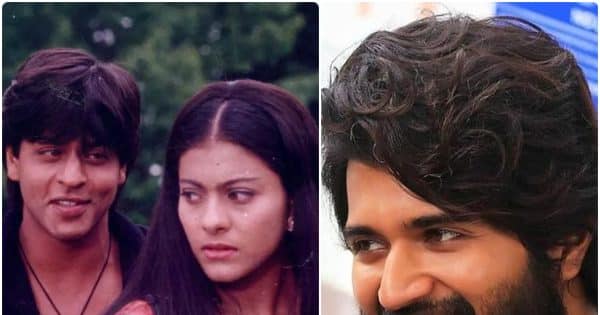 Vijay Deverakonda will be seen in the remake of DDLG !!

entertainment news (Entertainment News) There is talk in the world that movie stars Vijay Deverakonda He will soon be seen in the remake of Yash Raj Banner’s blockbuster film Dilwale Dulhania Le Jayenge. It is heard that Vijay Deverakonda is planning for his next Hindi film. He has got an offer for the remake of Yash Raj banner film Dilwale Dulhania Le Jayenge. Aditya Chopra himself can direct this film. The original version of this film made Aditya Chopra a big director. Now it is heard that he is preparing to make a remake version of his blockbuster film with Vijay Deverakonda.

After these reports, if a source close to Aditya Chopra’s camp is to be believed, then it is just a rumour. According to the latest ETimes report, a close source reacted to these reports and said, ‘Who spreads such nonsense news. There has to be something believable too. Adi will never remake DDLJ. No matter how big a bet no one makes. People have often given him the idea that it should be remade with Kajol’s daughter and Shah Rukh Khan’s son. But he always laughs at these tips. Movies like Sholay, DDLJ and Kuch Kuch Hota Hai are made only once.