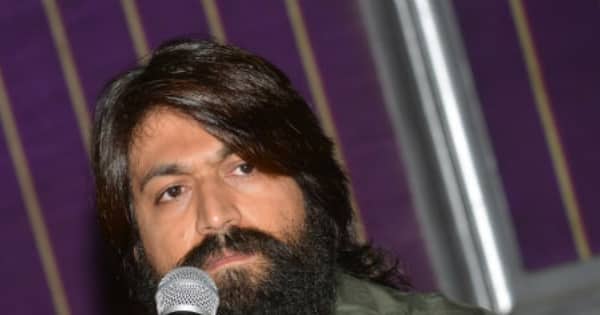 Yash on KGF 3: A new update has surfaced regarding KGF 3. The film’s lead actor and South’s superstar Yash has revealed some important news related to the film.

Yash on KGF 3: South’s films are burning at the box office this year. From Ram Charan’s RRR to Yash’s KGF 2, it rocked the box office. These films of South have made many such records of earning at the box office which are a bit difficult to break. Meanwhile, a new update has come out regarding the Kannada film KGF 3. The film’s lead actor Yash has revealed some important news related to the film. After knowing this, those waiting for KGF 3 may be unhappy.

Yash said this about KGF3

South’s superstar Yash remains in a lot of discussion these days. Fans are waiting for the third part of this film after the release of Yash’s KGF 2. Meanwhile, South Star Yash has told many important things related to KGF3 to the people. When Yash was asked about KGF3 at India Today Conclave 2022, he said that it will take time for the release of this film. We will take some time and see what happens then we will work on it. Apart from this, he said about the release date of KGF3 that ‘nothing is going to come soon’. After this news came out, some fans are not looking happy, because the fans are waiting for KGF3 for a long time.

Yash said this about other projects

Recently, there have been many reports that South Star Yash may play the role of Dev in Brahmastra. Apart from this, Yash’s name was associated with many films. He has proved all these reports wrong. Yash said, there is nothing like this, when a film will come, it will be announced.