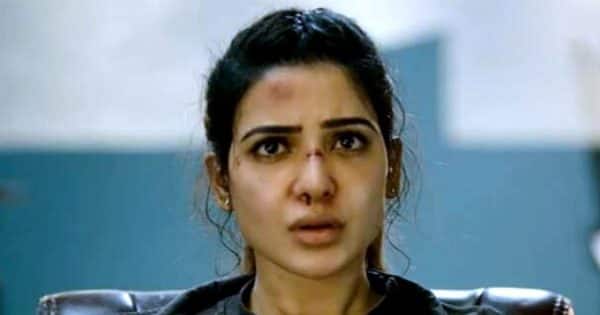 Yashoda Box Office Collection Day 1: Samantha Ruth Prabhu’s film Yashoda has been released at the box office. If we look at the occupancy rate of the film, then Samantha’s ‘Yashoda’ is going to make a tremendous collection on the first day.

Yashoda Prediction Day 1: South’s superstar Samantha Ruth Prabhu’s film ‘Yashoda’ has been released in theaters today i.e. on November 11. Samantha is seen in strong action in this film. The film, directed by Hari-Harish, is getting a lot of love from the fans. In the movie Samantha Fans are praising the action of the show. Let us tell you that after ‘The Family Man’, Samantha is once again seen showing her action avatar through this film. This is the reason why everyone’s eyes are on the collection of this women centric film.

Can do so much collection on the first day

According to the report of Ormax Media, Samantha Ruth Prabhu’s film ‘Yashoda’ can collect Rs 3.8 crore on the first day. If we look at the occupancy report of the film, according to a report by Sainik.com, the occupancy of the morning shows of the Telugu version of the film was 19.99 percent, while by noon the occupancy rate jumped and this figure increased to 24.25 percent.

In such ‘Yashoda’ From the occupancy rate of the film to the enthusiasm of the audience about the film, it is being speculated that this film will earn a lot at the box office. Also read: Kantara Hindi Box Office Day 28: ‘Kantara’ blew up at the box office, did so much collection on the 28th day

Along with Samantha Ruth Prabhu’s film ‘Yashoda’, actor Amitabh Bachchan’s film ‘Uchhai’ has also been released at the box office. Along with Amitabh, actors Anupam Kher, Boman Irani are also seen playing lead roles in this film. The film is based on the lives of three friends. In such a situation, Samantha’s ‘Yashoda’ and Amitabh Bachchan’s ‘Uchhai’ will be seen clashing at the box office. Both are pan India films, so it will be interesting to see which one wins.