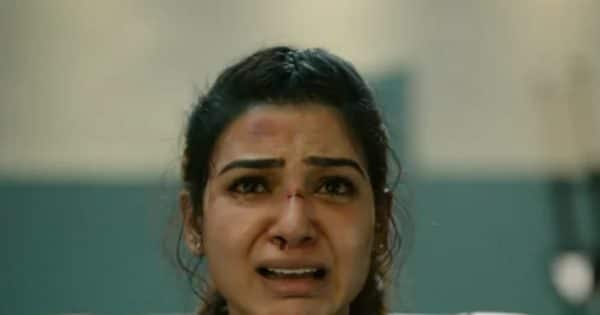 Yashoda Trailer Out: The trailer of Samantha Ruth Prabhu’s upcoming film Yashoda has been released. In the trailer of the film, Samantha is seen doing strong action in pregnancy.

Yashoda Trailer Release: The trailer of South’s superstar Samantha Ruth Prabhu’s upcoming film ‘Yashoda Trailer’ has been released, which is being liked by the fans. In the trailer, Samantha is seen doing action in a strong style. Samantha is playing the role of a pregnant woman in this film full of suspense and thriller. It can be seen in the trailer that she is doing action even though she is pregnant. In the trailer, the doctor tells Samantha that she is 3 months pregnant, but in the meantime, she remembers some such things, due to which she feels that someone is following her.

People are liking the trailer of ‘Yashoda’

samantha upcoming movie ‘Yashoda’, The trailer of the movie is being liked a lot by the people. People are praising the trailer fiercely. One user wrote on the film’s trailer video, “Yashoda will prove to be a blockbuster.” So there another user wrote, “I got goosebumps after watching the trailer. Samantha and the entire cast of the film have created a storm.” Another user commented and wrote, “Friends, this film should be a blockbuster because it has a strong story, great screenplay and natural acting. South industry always comes with some new concepts. So please support this film.,

Trailer of ‘Yashoda’ has been released in 5 languages