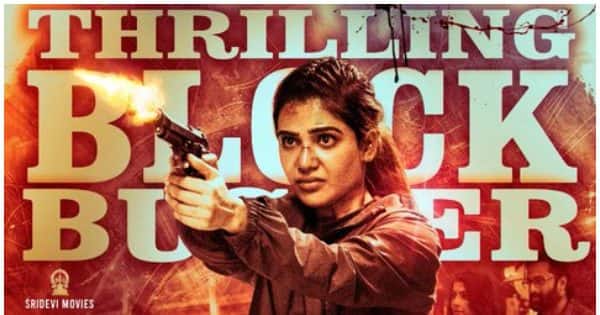 Yashoda WW Box Office Collection Day 1: Tollywood superstar Samantha Ruth Prabhu’s film Yashoda reached the theater on the same day. After this, the figures of the first day’s earnings of the film have now been revealed. Which are pretty awesome.

Yashoda WW Box Office Collection Day 1: Tollywood superstar Samantha Ruth Prabhu’s film Yashoda has finally reached the theaters. After the bumper success of Pushpa’s blockbuster song U Antava and The Family Man 2, the audience was eagerly waiting for the actress’ next film. Now finally this wait is over. Yashoda is an action entertainer film directed by Tollywood star Samantha Ruth Prabhu. Which managed to take a decent opening on the first day. This is the actress’s first pan India release film. Which has been released by the makers in Telugu as well as Hindi, Tamil, Kannada and Malayalam languages. This is a female centric film. Which is full of great action scenes. Directed by Hari and Harish, the film was successful in earning handsomely on the first day.

The film garnered a good response from the audience on the very first day itself. The film has got good words of mouth. because of Samantha Ruth Prabhu a film by Yashoda It managed to draw a decent number of viewers into theatres. The film has earned a total of Rs 6.32 crore on the first day itself at the worldwide level. Which is being said to be very good due to being a female centric. These figures of the film’s earnings have been released by the makers. See post here.

The Riveting Action-packed emotion of our #yashoda gets 6.32CR Gross WORLDWIDE on DAY 1?

Yashoda is made in a total of so many crores

Let us tell that the film Yashoda, directed by film star Samantha Ruth Prabhu, has been made for around Rs 50 crore. In such a situation, it is necessary that the film can earn a total of about 70 crores. There is a good buzz among the audience regarding the film. It will be interesting to see how many crores this film will be able to earn in the coming days. So are you excited about this film of actress Samantha Ruth Prabhu. You can tell us your opinion by commenting.