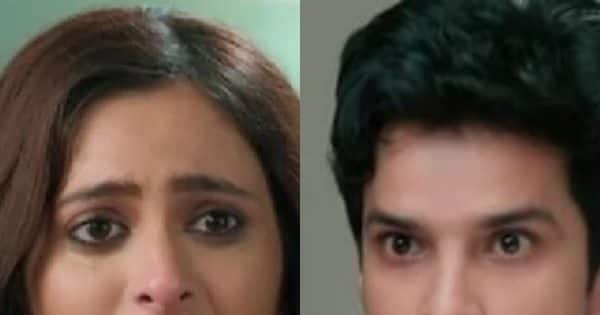 Yeh Rishta Kya Kehlata Hai 20 December Episode: ‘Yeh Rishta Kya Kehlata Hai’ is a popular TV serial, which has been ruling the hearts of fans for years. So far many twists have come in the story of this serial. Fans are loving the ups and downs in Pranali Rathod and Harshad Chopda’s relationship. The story of the show is revolving around the pregnancy of Akshara, due to which all the housemates are very happy but in the meantime, the whole truth of Aarohi will now come in front of Neil, due to which a huge twist is going to come in the show. In the upcoming episode, it will be seen how Neil decides to end all his relations with Aarohi. Also Read – Yeh Rishta Kya Kehlata Hai: Aarohi will try to change herself completely but… this big twist will come in the story

Actually, this serial of TV is full of many turns and twists. In Yeh Rishta Kya Kehlata Hai, Akshara reveals the whole truth about Aarohi to her brother-in-law Neil. She reveals the truth about Aarohi’s fake pregnancy to Neil, which leaves Neil heartbroken. Neil curses himself to love Aarohi. But in the meantime, the family members do not get a clue of this whole drama between themselves and Aarohi, nor do Akshara-Abhimanyu tell anyone about it. Also Read – Yeh Rishta Kya Kehlata Hai’s Akshara-Abhimanyu’s chemistry failed every TV couple, see these photos if not sure

Will Aarohi be really pregnant?

Aarohi had been lying about her pregnancy to the housemates and Neil for a long time but in the coming days a huge twist can come in the show. It is believed that the story of the show will hinge on the character of Aarohi. Where till now the accused was lying about pregnancy, now she will be really pregnant. For this reason, a question will arise whether Neil will adopt Aarohi again or will he completely end his relationship with her. Also Read – TRP List 50th Week 2022: ‘Gum Hai Kisi Ke Pyar Mein’ sweats to beat Anupama, these shows join top 5