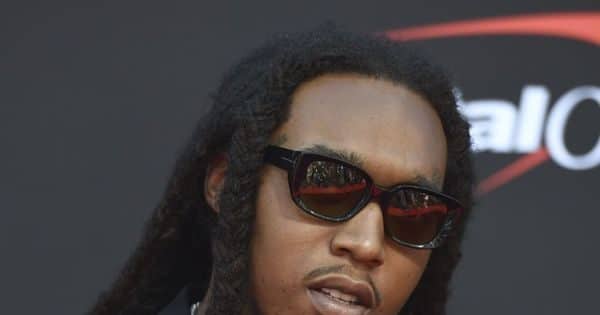 Member rapper of Atlanta-based hip hop group Migos Takeoff shot dead. He was only 28 years old. His real name was Kirshnik Khari Ball. Two of his companions, Kuavo and Offset, were also present when he was murdered. Both of them were also injured and were taken to the hospital. While the position of Kuavo is better than before, the offsets are serious. Fans are expressing grief after knowing about this incident.

in Houston, Texas Take off was shot dead. According to media reports, there was an altercation during the dice game and the dispute escalated so much that the takeoff was shot. Due to which he died and there, two members of his group were injured. About 50 people were present when this incident happened. No information about the accused has been given by the police so far.

Takeoff was born in 1994 in Georgia. Takeoff began rapping with Offset and Kuavo. One is his uncle and the other is his cousin. Together these three started the Polo Club in the year 2008. Takeoff had released the music video of its new song ‘Messy’ a day before the death. People are liking this very much. Takeoff has a huge fan following on social media and his death has left the fans in a tizzy.

It is noteworthy that on May 29, Punjabi singer and rapper Sidhu Moosewala was shot dead in India. Sidhu Musewala was just 29 years old. Apart from being a singer and rapper, he writes his own songs. His popularity was so much that his songs became viral as soon as they came.