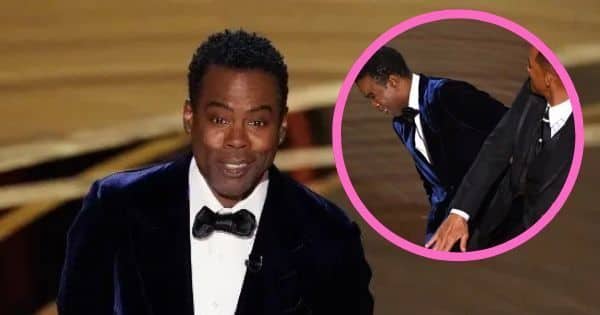 Chris Rock has turned down an offer to host Oscars 2023 next year. Let us tell you that during Oscar 2022, Will Smith slapped host Chris Rock on stage.

The Oscars for the year 2022 had become very much discussed. Actually, during the Oscar event Will Smith hosted by Chris Rock He was slapped on stage. After this there was a lot of ruckus and even Will Smith had to resign from the academy. The matter had escalated so much that Will Smith was banned from the Oscars for 10 years. However, Will Smith also apologized after this incident. Now the news is coming that Chris Rock has made a comeback next year. Oscar 2023 The offer to host has been turned down.

Chris Rock said this on offer to host Oscars

According to media reports, Chris Rock Had a show last Sunday and during this he said, ‘I got an offer to host Oscar 2023 but I refused.’ Chris Rock described going back to the Oscars as returning to the crime scene. He compared the offer to host the Oscars to the OJ Simpson murder case in 1995, saying that hosting the Oscars again was like sending Brown Simpson to the place where his mother was murdered.

Will Smith slapped Chris Rock because