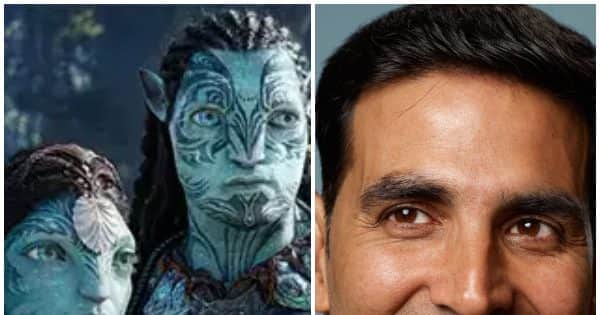 Avatar: The Way of Water First Review by Akshay Kumar: Titanic fame Hollywood filmmaker-director James Cameron’s latest release Avatar 2 is about to hit the theaters soon. The makers of this film are going to release on the silver screen on 16th December. There is a huge craze among the Hindi audience regarding the film. Meanwhile, film star Akshay Kumar has already seen the film. Also, superstar Akshay Kumar did not forget to keep his opinion among the fans after watching this film. Film star Akshay Kumar has liked this film very much. This thing is clear from his tweet. Also Read – Avatar 2 Box Office Collection Day 6 (Early Estimates): Avatar 2 crossed the 150 crore mark, earned this much on the sixth day

Watched #AvatarTheWayOfWater last night and Oh boy!! MAGNIFICENT is the word. Am still spellbound. Want to bow down before your genius craft, @JimCameron, Live on!

These stars have also seen Avatar – The Way of Water

Let us tell you that last night many film stars reached the special screening of director James Cameron’s film Avatar – The Way of Water. The list also includes Karthik Aryan, Bobby Deol, Varun Dhawan, Varun Sharma, Jim Sarbh and Tanaji fame director Om Raut. There are still 2 days left for Avatar 2 to release. But till now the film has sold more than 4 lakh tickets through advance booking. So are you excited to watch this movie. You can tell us your opinion by commenting. Also Read – Avatar 2 Box Office Collection Day 4 (Early Estimates): Avatar 2 fails in Monday’s litmus test, huge drop in earnings