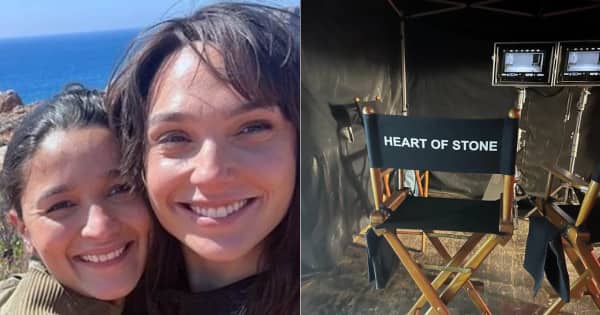 Alia Bhatt Film Heart Of Stone Release Date out: The release date of Alia Bhatt’s first Hollywood film has come to the fore. This film is going to release on this day.

Heart Of Stone Release Date Out: Bollywood actress Alia Bhatt has been in a lot of discussion on social media these days. Alia Bhatt’s pictures went viral yesterday i.e. on 18th January. With this, Alia Bhatt shared a post on Instagram for her fans on January 18, after which the fans were waiting for something big to happen. For information, let us tell you that Alia Bhatt shared the post and wrote Stay Tuned. Now Alia Bhatt broke the silence regarding this. Alia Bhatt has now shared a special video for her fans on Instagram. This video contains information related to Alia’s first Hollywood film Heart of Stone. Also Read – Alia Bhatt arrived at the event with husband Ranbir Kapoor after becoming a mother, pictures surfaced

Alia Bhatt’s film will be released on this day

Alia Bhatt After Bollywood, now she is going to show her acting skills in Hollywood. alia bhatt hollywood debut film heart of stone The release date has been revealed. Alia Bhatt has given this information by sharing a video from her Instagram handle. Alia Bhatt’s film Heart of Stone is scheduled to release on 11 August 2023 on the OTT platform Netflix. In the video shared by Alia Bhatt, she is seen in a very action avatar. This video of Alia Bhatt is going viral on social media. Alia Bhatt’s fans are sharing this video a lot. So let’s see this video related to Alia Bhatt’s film Heart of Stone Also Read – Sister-in-law had fun at home with Alia Bhatt, party photos of ‘Kapoor family’ went viral with Kareena-Karisma

Alia Bhatt will be seen with this actress

Alia Bhatt is going to be seen in the film Heart of Stone opposite Hollywood’s well-known actress Gal Gadot. Apart from this, Jamie Dornan is also going to be seen in the film. What is your opinion about this video related to Alia Bhatt’s film Heart of Stone, do tell us by commenting. Also Read – Daughter Raha loves this person more than Alia Bhatt-Ranbir Kapoor!, this is how she identifies her favorite person