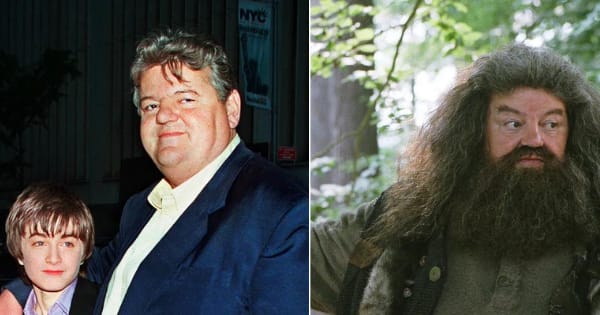 Robbie Coltrane Dies At The Age Of 72: After the world of Bollywood and TV, now bad news is coming out of Hollywood. Hollywood superstar actor Robbie Coltrane, who played the role of Rubus Hagrid in the Hollywood superhit film Harry Potter, has died at the age of 72. There has been a wave of mourning in the entertainment industry after the news of Robbie Coltrane’s death came to the fore. Fans are remembering Robbie Coltrain by sharing old videos on social media.

Hollywood’s well-known actor Robbie Coltrane has now said goodbye to this world. According to media reports, Robbie Coltrane was troubled by health problems for two years. He breathed his last yesterday i.e. on 14 October in Larbert, Scotland. It is also being told in media reports that Robbie Coltrain’s health had worsened for two-three days, due to which he was admitted to the hospital. But the doctors could not save him and the actor died in the hospital itself. After this, he became very emotional on Twitter and started remembering his actor by sharing old posts. Some shared the video and paid tribute to Robbie Coltrain, while some fans filmed harry potter He was seen sharing his pictures related to. So let’s see how people are remembering Harry Potter fame star Robbie Coltrane on Twitter.

We are hugely saddened to hear of the passing of the magnificent Robbie Coltrane who played Hagrid with such kindness, heart and humor in the Harry Potter films. He was a wonderful actor, a friend to all and he will be deeply missed. pic.twitter.com/n1IshfFG6y

RIP Robbie Coltrane you will forever be in our hearts. A big part of our childhoods. , pic.twitter.com/aYeTH8F1hz

These stars have also passed away

Before Hollywood star Robbie Coltrain, many Bollywood and TV stars said goodbye to this world. most recently comedian Raju Srivastava Before that, Punjabi singer Sidhu Moose Wala was shot dead. Let us know by commenting how Robbie Coltrane is in your memories.