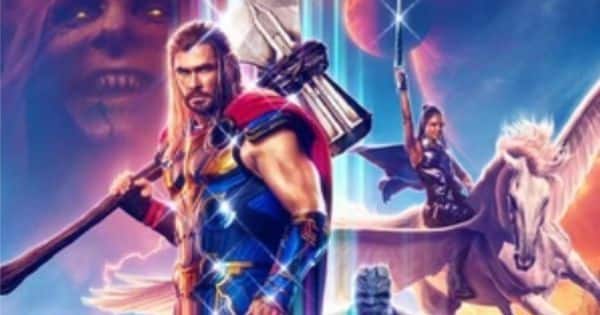 Thor Love And Thunder Twitter Reaction: Chris Hemsworth’s film ‘Thor: Love and Thunder’ has been released in theatres. There is a tremendous response from the people on Twitter as soon as the film is released.

Thor Love And Thunder Twitter Reaction: The Marvel Cinematic Universe’s most awaited film ‘Thor: Love and Thunder’ has been released on Thursday, July 7. The fans were eagerly waiting for this film starring Chris Hemsworth, Christian Bale, Tessa Thompson, Natalie Portman and Jamie Alexander, which is now over. The audience is very much liking this film. Fans are constantly reacting on Twitter as soon as the film is released. The special thing is that the fans are liking the villain’s character more than the hero in the film. While some people are liking this Taika Waititi film a lot, some people have not been able to work the magic of Chris Hemsworth. Here’s how people reacted to ‘Thor: Love and Thunder’ on Twitter.

One Twitter user wrote, “Another action packed chapter has been added to Thor’s MCU journey. Thor: Love and Thunder is one of the best films of this phase with comedy, great storytelling and terrific action.”

Another fun, action-packed chapter in Thor’s long MCU journey. My expectations were exceeded.

With perfect blend of comedy, character-driven stories and fantastic fight scenes, Thor Love and Thunder is one of the best movie in this phase. pic.twitter.com/0m1wImetSI

At the same time, another user wrote, “Thor has a tattoo of ‘Brothers’, which he has made for himself and Gourd.” One user wrote that he liked this film a lot.

THOR HAS A ‘BROTHERS’ TATTOO
HE GOT IT FOR LOKI AND HIMSELF ??? #ThorLoveAndThunder pic.twitter.com/G8fL5qP1kz

Let us tell you that this is the 29th superhero film made under the banner of Marvel Studios. There is a different craze among the fans regarding this film. According to the reports, even before its release, till Tuesday evening, the film had earned around nine crore rupees in India from advance booking.

Chris Hemsworth and Christian Bale’s ‘Thor: Love and Thunder’ has also been leaked online as soon as it is released in theatres, so the makers are likely to suffer huge losses in terms of earnings.