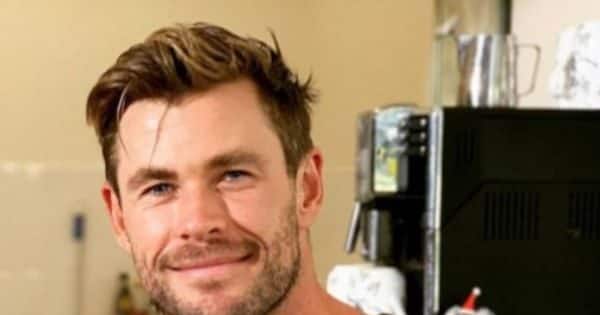 Popular Actor of Hollywood Industry Chris Hemsworth Has created a special place in the hearts of people with his excellent performance. At the moment, there is no good news for his fans. Actually, Chris Hemsworth is going to take a break from the film industry. He has taken this decision because he is suffering from a serious illness. Chris Hemsworth has opened up about his illness. He has said that after talking to the doctors, it has come to know that he has symptoms of Alzheimer’s disease. So Chris Hemsworth wants to take a break from work to focus on his health. He has told that there are already symptoms of Alzheimer’s which is genetically.

Chris Hemsworth Has told during a conversation that he does not want to distort his things and neither does he want to over-dramatize it. He is not leaving his work completely, just taking a break. Something triggered in his mind that he wanted to take a break for some time. He is engaged in completing the projects for which he has taken the contract. Now he will spend some time in peace at his home after finishing his tour. He wants to spend some time with his family. According to the medical term, Chris Hemsworth has two copies of the APOE4 gene from both parents, one from his mother and one from his father. It is being told that this is such a combination that increases the risk of Alzheimer’s. Also Read – South Gossips of the Week: The news of Samantha’s second marriage spread like fire, Kriti’s name associated with Prabhas

Talking about Chris Hemsworth’s films, he is going to be seen in ‘Extraction 2’. His fans are eagerly waiting for this film. Let us tell that Chris Hemsworth is known for ‘Thor’ and ‘Avengers’ series. The Hollywood actor has a huge fan following across the globe. Also Read – After Samuel L Jackson, the name of this Hollywood star associated with Mahesh Babu’s film, SS Rajamouli will make a big bang