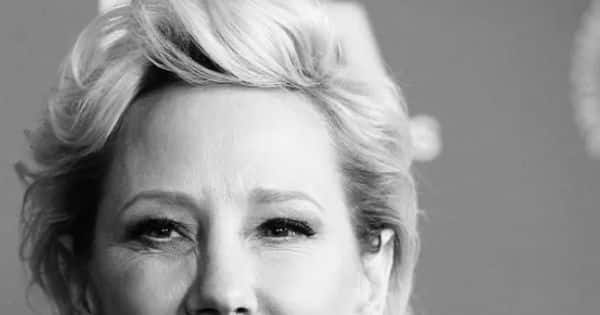 Hollywood actress Anne Heche has died at 53. Let’s say that Anne Heche’s car collided with a burning building in Los Angeles and she was injured.

Bad news has come out from the Hollywood industry. Actually, the actress who was a victim of an accident in the past Anne Heche has passed away. There was also news of 53-year-old Anne Heche going into a coma. Let us tell you that Anne Heche’s car collided with a burning building in Los Angeles and she was seriously injured in this accident. Thereafter he was admitted to the hospital. Now the news of his death has come. After this news, there is a wave of mourning in his fans and Hollywood industry. bollywood actress Priyanka Chopra has also expressed grief over the passing of Anne Heche.

Anne Heche’s organs will be donated

Anne Heche She was in the hospital after the accident on August 5. She had suffered a brain injury and was unconscious. Her spokeswoman said in a statement that Anne Heche would be removed from the life support system with no hope of survival. Their organs will be donated. He has been pronounced dead according to California law. However, the Anne Heche family has put her on life support system to donate her organs. 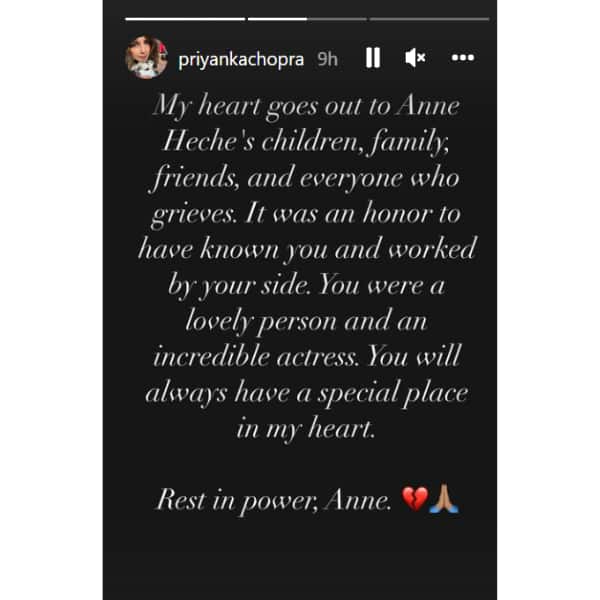 On the death of Anne Heche Priyanka Chopra has shared a post on the story of his Instagram account. Priyanka Chopra has expressed condolences to Anne Heche’s child, family, friends and close ones through her post. He wrote, ‘I am proud to have worked with a person like you. You were a very good person as well as a great artist. You will always have a special place in my heart. Anne Heche may your soul rest in peace.’